If Madonna told her plastic surgeon to make her look like Marilyn Manson, then it’s mission accomplished for the pop legend and her doctor.

In a video posted this week on Instagram, Madonna showed off her new (filtered) look where the 64-year-old freaked out her fans with a new look that has to be what we’ll see when the aliens finally come to take over the planet.

The reviews are in and Madonna’s fans can’t figure out why the poptress is going for a Weekly World News alien cover look.

Let’s go to the comments to see how fans are reacting to such a shocking new look:

“She could have grown old gracefully. It’s sad to see she felt she had to pump all that crap into her face. She doesn’t look like Madonna anymore. If her name wasn’t above this post I’d have honestly thought it was Marilyn Manson. 😔“

“you all need to get a life and stop with these gross comments. Her life, she doesnt owe you anything or any explanation. Entitled freaks“

“I’m sorry… but this looks scary. You were beautiful just the way you were. Sad that so many women fall victim to wanting to look 20 forever and go overboard with fillers and surgery.”

“she was so stunning! She doesn’t even slightly resemble herself before all the procedures she’s had, it makes me really sad cause she was such a beautiful women and always will be an icon.. but anytime I see pictures now she’s starting to resemble an alien more and more 😫“

In an April 2022 report, Madonna’s friends told the New York Post that she has associates who “remove any sign of a wrinkle” on her social media posts.

At the time, cosmetic surgeon Dr. Paul Banwell was asked to analyze the work Madonna has had done.

“The shape of her face seems to have changed somewhat. [There’s] perhaps some swelling which is sometimes a sign of having had work done. And just from assessing the video, it seems she may have had some anti-wrinkle injections as her forehead is quite static, however, her upper eyelids look to have dropped. The size of the lips also appears to have increased significantly.” 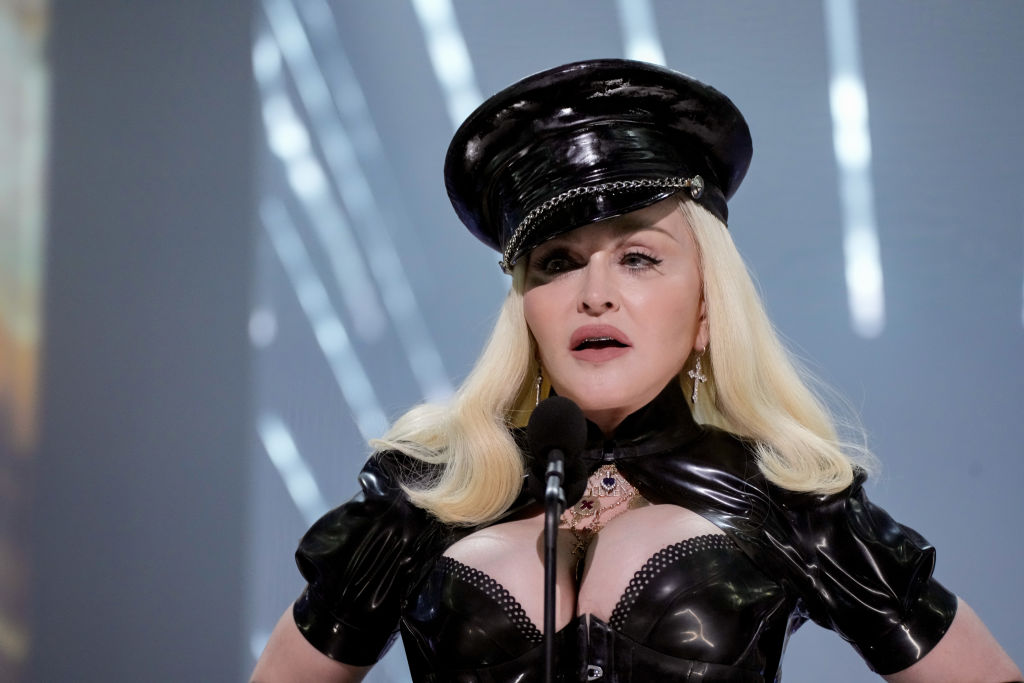 From the look of things, if you were hoping for Madonna to age gracefully and head off into the sunset as a legend who plays a month or two each year in Vegas for aging suburban housewives, you’re out of luck.

This woman is a circus act with an alien face who now gains clicks by making out with random women in dumb Instagram videos.

If anything, the last year has shown us the desperation from a woman who has seen her contemporaries — Michael Jackson, Prince, George Michael and Whitney Houston — die off and she wants people to know she’s not sitting around in some mansion feeding squirrels and watching The View.

This is flat out sad.