The NBA has revealed that since the opening of the bubble, Dallas Mavericks star Luka Doncic is second in jersey sales. His emergence as a fan favorite should cement his future as the face of the league.

Per the NBA, Luka Doncic ranks second in jersey sales since the bubble began behind only LeBron James. At 21 with one playoff series under his belt, Luka is already on his way to being a face of the league.

After watching Luka’s electrifying performances against the Los Angeles Clippers, it was clear he was the next all-time great. Not only a great scorer, but a reliable superstar in the 4th quarter when it matters. Nothing turns basketball fans off faster than a regular season star that can’t impose his will in crunch time. Giannis Antetokounmpo struggled resembling the player he was in route to his back-to-back MVP awards and that persona won’t sell.

Adam Silver should use the recent surge in Doncic’s #77 in Mavericks blue as encouragement to market Luka even further. An incredibly likable kid that, at 21 years old, will be in his prime another 12-13 years. A complete buy in to the current style of pace and shooting that’s frankly an easy sell to a younger audience.

Will this ever change?

Luka Doncic is the ball handler for a Western Conference contender, so his status is unlikely to shrink. Regardless of the who Mark Cuban can pair with Luka over the years, the ball will be in the all-star’s hands. We saw this concept materialize when the conversation was about Jamal Murray and not big man Nikola Jokić. Jokić may have been the better player in a given series, but fans remember the dude with the ball in his hands all game.

#77 is likely to take over the United States the same way #23 in Chicago and Cleveland did. It’s time to start the transition to marketing Luka, rather than guys like Harden or Giannis. After all, that’s a bad white boy. 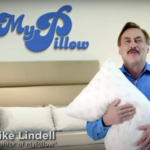 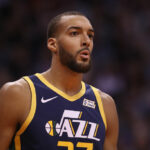