Six months ago LeBron James reported racist graffiti had been spraypainted on the gate of his $21 million dollar Los Angeles mansion. The sports media immediately fell all over themselves to pronounce LeBron a heroic victim and cast the blame upon a presumed racist white person.

At Outkick we took some heat from the usual media circles for suggesting we wait to see who was responsible for the graffiti before we utilized this allegation to provide further evidence that our world view was correct. Here was my article from immediately after the alleged crime occurred.

Well, in the wake of multiple fake racism stories exploding on the national scene in the past several weeks — with Michael Bennett in Las Vegas being proven a liar about the police, at Air Force, at Kansas State, and at Eastern Michigan — all stories where the alleged perpetrator ended up being a lying black man trying to draw attention to himself with allegations of fake racism,  I thought it made sense to reach back out to the Los Angeles Police department and find out the latest on the LeBron James racist graffiti investigation.

And the Los Angeles Police department email update to me was pretty eye opening:

“Good afternoon and thank you for your inquiry. We have heard no further with regards to that incident since it happened back in May of this year. I know detectives were investigating, but no further was provided to us. Usually with something high profile or newsworthy, we are provided follow up information to give out to the media when it’s available. Check back with us.”

I promise to continue to check back — and have without any additional update provided — but after six months there is no public evidence that a crime actually happened outside LeBron James’s mansion.

And the story has just vanished from all media coverage like many of these stories do.

Now the moment I click publish on this story everyone on social media in the left wing sports media will immediately call me racist for having the audacity to write this story, but how is it racist to follow up on a massive sports story to see if a crime actually occurred? Isn’t that the job of the media?

That’s particularly the case when you look at all the recent examples of fake racism that have been given prominent media attention. Why would someone make up a fake racism crime? I don’t know for sure since I’ve never made up a fake crime about anything, but an easy inference to draw would be because being an alleged victim of a hate crime garners positive and empathetic coverage in a news media that doesn’t ever question any of the details.

Many people love to be victims in today’s society.

Now that we have this statement from the Los Angeles police department that they haven’t uncovered anything six months after this allegation, isn’t it worth reexamining this case and ask what, if anything, happened here?

Here are the undisputed facts in this case: Los Angeles police were called to LeBron’s house at 6:44 AM on the morning in question. LeBron and his family were not at the house. When police arrived the gate had already been repainted and they were allegedly provided with a photo.

The surveillance camera taking footage of the home’s front entrance was not working. The alleged photo has never been released as evidence, but, as I’m sure many of you are aware, a photo would not provide adequate evidence for prosecution a case such as this. Why? Because photos are easily doctored.

So let’s unpack these facts and examine some of the strange details at play.

1. The graffiti was immediately painted over and was not still visible when police arrived.

Why eliminate the evidence of a crime? If your window was broken and someone broke into your house would you fix the window before the police arrived? Of course not. If you actually wanted the crime scene to help aid in the capture of a perpetrator doesn’t everyone know not to touch evidence at the scene?

Now LeBron said the reason they painted over the slur was so it wouldn’t be visible in the neighborhood, but look at the gate to LeBron’s home, that gate slides open all the way the gate isn’t visible from the road ONCE IT SLIDES OPEN. (The gate is clearly visible from the road when it is not open. Stop sending me these Tweets. Also, read better). The racial slur could have been left on the gate and no one would have even known it happened if LeBron had merely wanted to hide it from the prying eyes of the public.

So why the rush to cover it up with new paint before the police arrived? Doesn’t that seem suspicious? Especially when the police are going to arrive rapidly on the scene and you’re already drawing attention to the home by having police arrive in the first place.

Furthermore, how strange is it that early in the morning there would be the exact right paint available and that someone could be found to paint over the slur before police arrived? Remember, police were called at 6:44 AM. That’s pretty early to go buy paint, find someone to paint over the graffiti, and have the painting complete so that it’s not visible for police.

Remember, we’re talking about a wealthy area of Los Angeles, the police arrive almost immediately after a call like this is made.

2. Why was the $21 million dollar mansion’s surveillance camera not working?

And why was no one else’s surveillance camera able to pick up footage of an alleged perpetrator committing a crime in an incredibly wealthy neighborhood like this?

We’re talking about dozens of surveillance cameras surrounding these homes. LeBron’s home cost over twenty million. Wouldn’t you want to protect the home? Especially if you didn’t live there all year around? Wouldn’t others be protecting their homes too? Why wouldn’t surveillance cameras reveal who did this?

Think about this from LeBron’s perspective — he’s a dad just like I am. If someone is spraypainting racist words on your property, wouldn’t you want that person captured and do everything in your power to make it happen? Hell, if someone vandalized my house in any way and I thought they were threatening my family’s safety, I would spare no expense to have them caught and brought to justice.

Because I’d take it as what it was — a personal attack on my family.

So why isn’t the surveillance camera on and why isn’t the resolution of this case a big deal to LeBron? Why have the police provided no updates at all?

3. Why were there no photos taken by others in the neighborhood?

Los Angeles is an early rising community, particularly in wealthy neighborhoods where many high net work individuals are waking up before sunrise to keep up with east coast companies and the east coast news cycle. Not to mention you want to beat the LA traffic.

We know police were called at 6:44 AM. The sun comes up in Los Angeles at that time of year at 5:30 AM. So we’re talking about well over an hour, potentially two hours, during which this racial slur should have been visible to anyone on the street out walking their dogs, out for a morning jog, just out driving to work early in the morning. Everyone in the neighborhood would know this is LeBron’s house and seeing a racial slur emblazoned on a gate would be incredibly shocking.

In an era when everything goes viral how is it that no one in the neighborhood snapped a photo of the home with a racial slur on it?

As you can see from the above photo LeBron’s gate is clearly visible from the road. Wouldn’t tons of people have driven or walked by this home early in the morning or late at night and seen this racist graffiti?

Wouldn’t there be a single witness who had taken their own photo and put it on social media?

As is the only evidence at all — which has never been released — is a purported photo taken by someone in LeBron’s employment. Remember, neither LeBron nor any of his family were present in the house. So they didn’t see this with their own eyes either.

Even if that photo is released, which, again, it hasn’t been, it proves nothing. The gate was already painted over when the police got there and the surveillance video wasn’t working. A photo, unless it is from several different sources, isn’t usable as evidence because photos are notoriously easy to photoshop.

It just doesn’t make sense that there are no witnesses here.

4. If it actually happened, who did this?

What better way to prove how necessary you are to LeBron than to make him think his family might be in danger in Los Angeles?

Remember, LeBron benefited immensely from this fawning media coverage just before the NBA Finals started. I’m not saying LeBron knew anything about this at all — remember he and his family weren’t there — but doesn’t this seem like a story that could be totally manufactured when you look at all the facts?

It just doesn’t add up, particularly not in this climate when fake hate crimes are being uncovered on a daily basis.

Six months after the sports media turned an alleged racial slur painted onto a gate outside LeBron’s gate into the top story in America, there is still zero public evidence it actually happened and the Los Angeles police have provided no public statement about their investigation.

That should seem strange to anyone who follows stories like these. 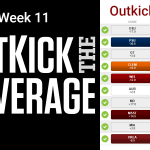 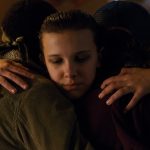