Lonzo Ball is signing with Rich Paul and Klutch Sports according to ESPN’s Malika Andrews. NBA players usually become Klutch clients when they have aggressive tactics with NBA front offices to come. After seeing the New York Knicks desperation on a trade for a star point guard like Chris Paul, Lonzo Ball might be looking to play there himself.

Lonzo Ball is signing with Rich Paul and Klutch Sports, per @malika_andrews

“I wanted to lead my career… It was the right time to make that call.” pic.twitter.com/eNdAaAoDgq

Lonzo gave an INTERESTING explanation for making the move in an interview with ESPN:

“I wanted to lead my career. Picking my own representation — just solely as my decision — was step one in my decision. For me, it was an easy call, and it was the right time to make that call.”

Translation: My dad controlled my basketball life and I’m driving this bus to sink or float wherever I please.

Taking advice and allowing LaVar Ball to seemingly pull the strings of his career was a tired act. Lonzo finally became his own man and surely has plans to make a splash with his basketball future.

The New York Knicks might be exactly what Lonzo Ball is looking for and Rich Paul can help him get there. Anthony Davis signed with Klutch Sports and soon after set up a mastermind plan to force his way to L.A with LeBron James. LeBron stated multiple times that players should control their own destiny, so isn’t a move to Rich Paul’s agency saying “I’m about to control my destiny”?

Bron also was up in arms when the Boston Celtics punted Isaiah Thomas out of town claiming “It’s a business.” Loyalty is dead in the NBA in part because a lack of winning suddenly says you don’t care, but also that players should cut off their relationship before the organization does it for you.

Lonzo Ball signed the perfect agent to influence his destination for the upcoming breakup with New Orleans. Ball is like an unhappy girlfriend and signing Rich Paul is the NBA’s version of downloading Tinder. Klutch shows no shame in forcing clients out of town into desired locations where other stars reside. It’s the new school way to build a roster that no longer relies on a front office.

Probably a smart move for players in small pond markets like New Orleans to get the hell out of town before they end up slandered for becoming irrelevant.

Pay attention to Lonzo Ball and Klutch this offseason because Lonzo just might take a page out of AD’s book and force New York into the picture. 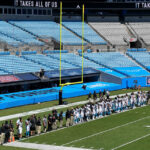 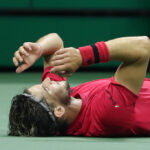