As the hourglass of 2020 dwindles to specks, we’ve finally reached peak insanity. According to the San Francisco Chronicle, the San Francisco United School District’s School Names Advisory Committee has recommended a local high school strip its namesake, claiming the person in question didn’t show that “black lives ever mattered to him.” The school’s target is Lincoln High School, named after Abraham Lincoln.

This useless committee has aimed at perhaps America’s greatest hero, our most revered president. Yet the board says the man who abolished slavery “lived a life so stained with racism, oppression or human rights violations” that his name must be removed from the school.

Jeremiah Jeffries, chairman of the renaming committee and a first grade teacher, says that “the history of Lincoln and Native Americans is complicated, not nearly as well known as that of the Civil War and slavery.” Giving no citations and few facts, Jeffries also claims that “Lincoln, like the presidents before him and most after, did not show through policy or rhetoric that black lives ever mattered to them outside of human capital and as casualties of wealth building.”

Though the members of this board members didn’t have time, anyone else thinking about removing the hero from a school should first read Killing Lincoln and watch the film Lincoln. Both document Lincoln’s ardent opposition to — in their words — “racism, oppression, and human rights violations.” 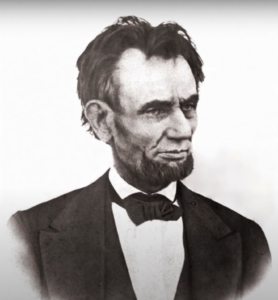 Jeffries and his supporters don’t care about the good Lincoln did. They see only the bad. And by bad, they mean nineteenth-century decisions viewed through modern lenses. It’s perhaps the most flawed and unfair means of judging historical figures.

Those who call for such changes do not seek progress. They seek power. Once one change is made, the goal post moves from a reasonable topic to one that’s idiotic. The same thing happened after the Washington Football team decided to drop the “Redskins” nickname. As I argued recently, the term “Redskins” could be considered offensive and was worth revisiting. Dropping it wasn’t enough to satisfy the outrage mob. The Cleveland baseball team then caved and dropped the “Indians,” a word that was not considered offensive or controversial until now.

Attempting to erase any historical figure is counterproductive. Erasing Lincoln, the president who signed the Emancipation Proclamation and the Thirteenth Amendment into law, eclipses even the second goal post move.

Much like cancel culture, San Francisco United School District’s School Names Advisory Committee is not trying to improve lives. The gutless members are searching for ways to remove representations of times and people they can’t control. Many modern-day activists believe that diminishing figures from the past, even those who bettered the lives of millions, is their only path to importance. San Francisco’s name committee knows its influence will be felt only if it can remove a name like Lincoln.

Few Americans, regardless of their accomplishments, have impacted all of the lives that have succeeded them. Even fewer have indisputably improved those lives. Lincoln is one such American, and he sits atop a short list.

Perhaps the school will listen and rename itself Kaepernick High School.