In one of the least climactic moments in women’s sports history, Penn transgender swimmer Lia Thomas won the 500 freestyle national championship over a field of biological females in Atlanta, Georgia.

Thomas’ time of 4:33.24 was a season-best for Thomas and ended up as the top 500 freestyle time in college swimming. Biological female Virginia freshman swimmer Emma Weyant (4:34.99) was the unlucky competitor who finished runner-up to Thomas in the finals.

What a big moment in the history of women's sports. pic.twitter.com/Lenyj7I8aa 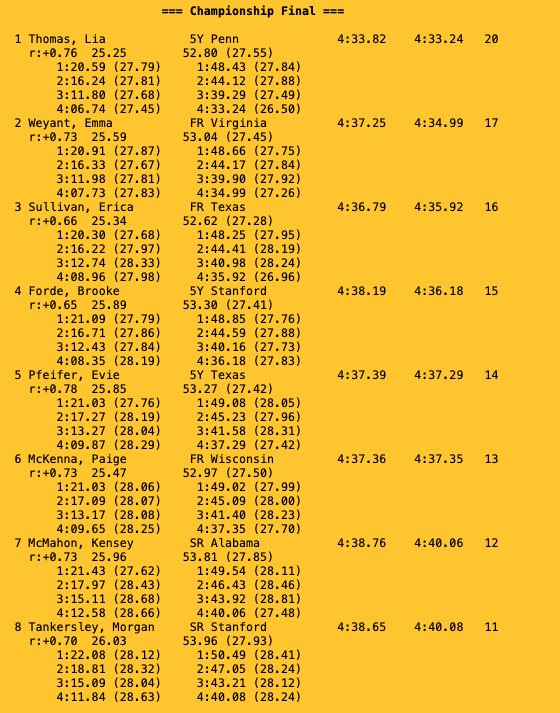 Thomas’ victory comes after nearly three months of controversy, including teammates speaking out to OutKick about what this means for their sport.

“When I have kids, I kinda hope they’re all boys because if I have any girls that want to play sports in college, good luck. [Their opponents] are all going to be biological men saying that they’re women,” Thomas’ teammate told OutKick in December. “Right now we have one, but what if we had three on the team? There’d be three less girls competing.”