The war between LeBron and Linnie’s Pub in Cincinnati has exploded as King’s army has now begun an offensive on the bar’s social media channels and Yelp page. Linnie’s owner Jan Linneman announced over the weekend that the bar would no longer show NBA games “until LeBron James has been expelled from the NBA.”

LeBron, who has yet to respond to Los Angeles Police Department officer Deon Joseph who’d like to have a chat, fired off a tweet back at Linnie’s and that has led to his fans launching their own attack on the business.

First up: Linnie’s Yelp page. LeBron’s lunatics are hammering away with one-star reviews which have led to Yelp instituting its “monitoring” process as it does when businesses end up in the news and are immediately drilled with negative reviews.

LeBron’s weirdos have also begun an offensive on Facebook.

Linneman also added to his announcement that basketball players “just need to play the game and that’s it” and “their opinion doesn’t really matter.” 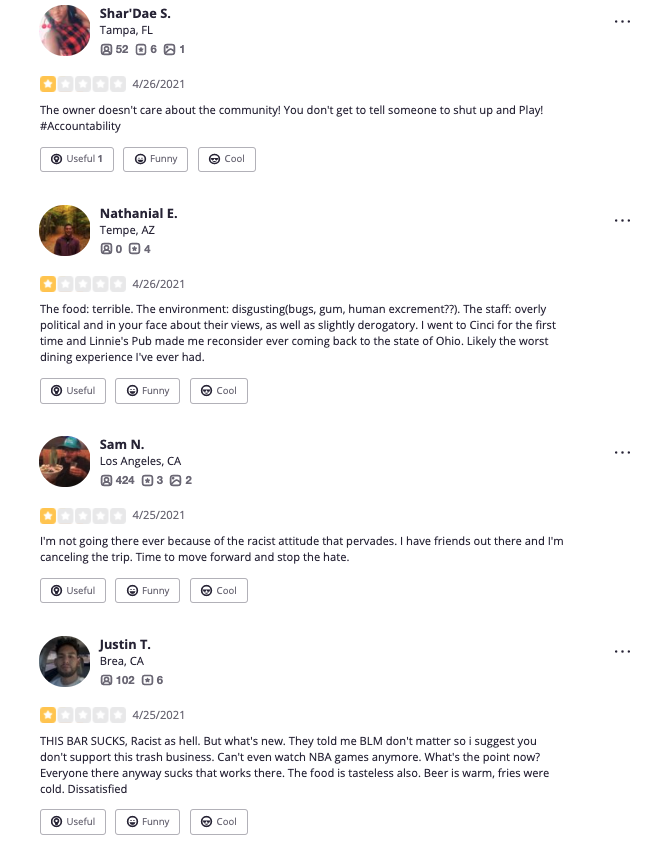 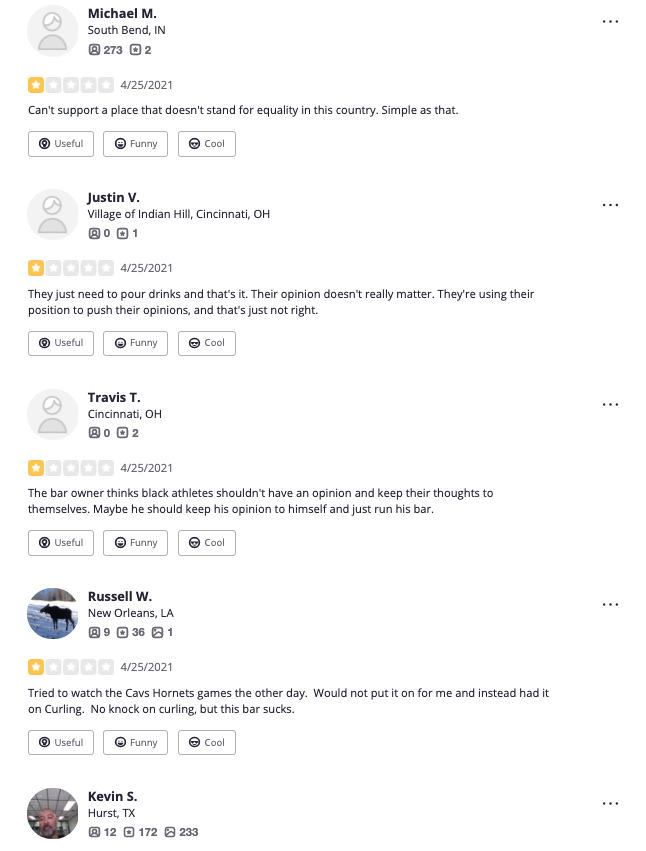 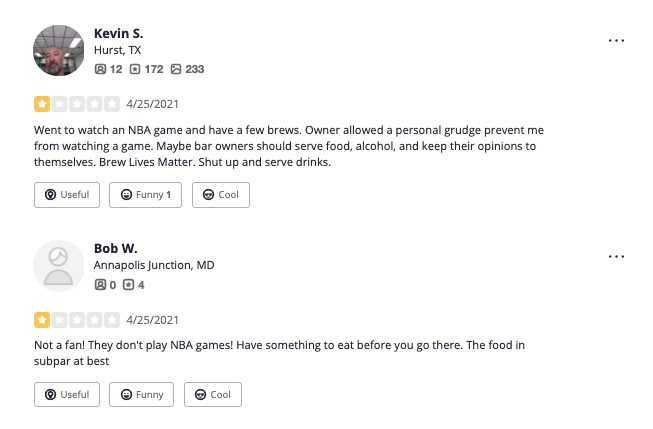 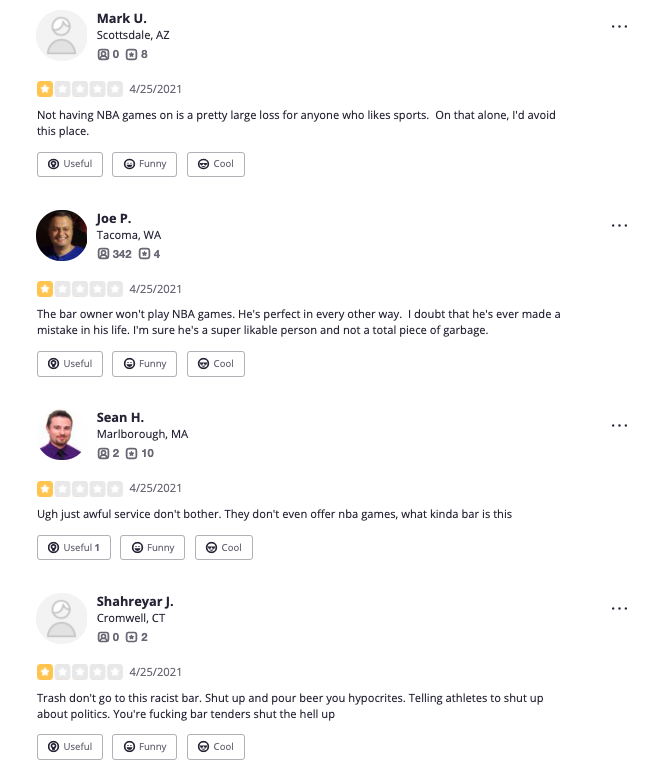 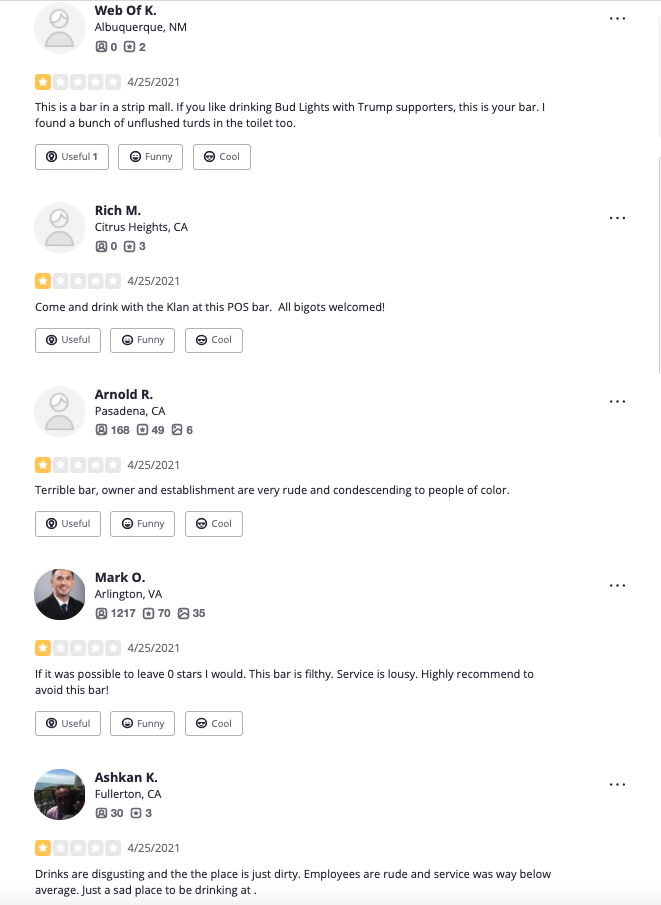 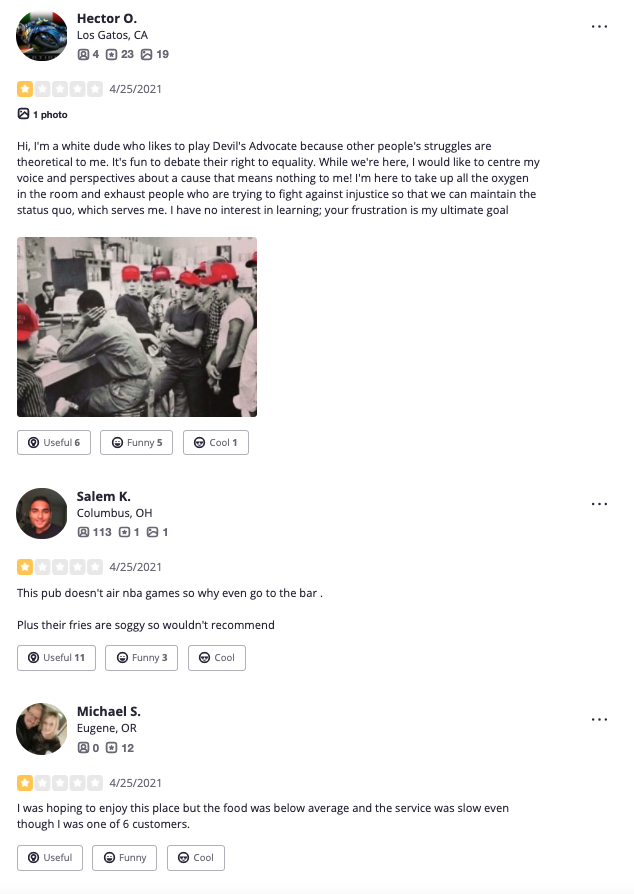 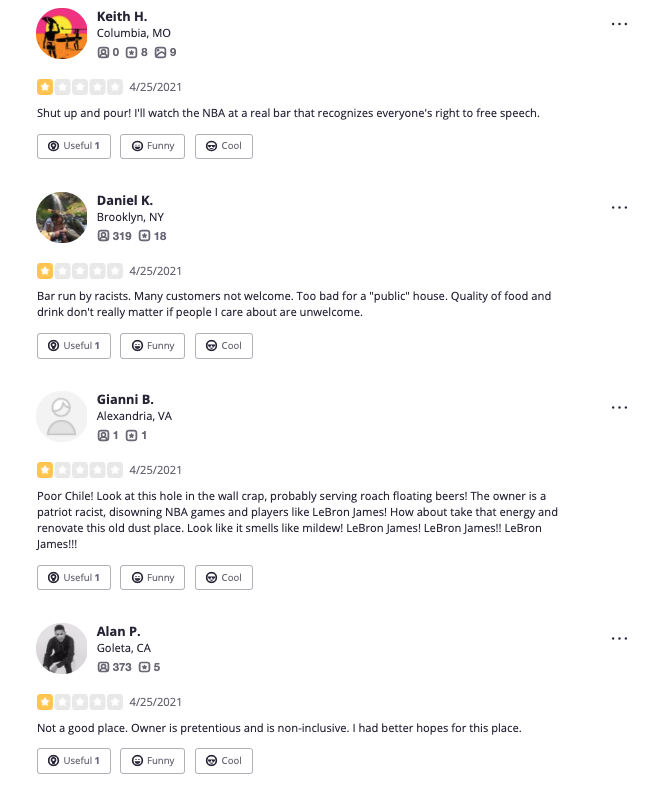