Houston Texans defensive end JJ Watt reportedly had a heated exchange with head coach Bill O’Brien that ultimately led to his firing. Watt allegedly called O’Brien out for his coaching ability, which turned into a team revolt. Usually athletes deny altercations like this, but Watt fanned the flames on Twitter.

A source tells me that JJ Watt and Bill O’Brien had a heated exchange on the practice field the week of the Steelers game in which JJ called BOB out for his coaching ability. It began a player revolt that ended up getting BOB fired.

It’s difficult to ascertain what JJ Watt means, but we can guess it’s something along the lines of: “Thank you, Jesus”. The former Defensive Player of the Year has never been one to complain, but apparently he’s willing to make an exception for Bill O’Brien. If Bill’s coaching tenure has come to this, it must’ve been bad.

I wrote an article a few days ago, trying to guess which NFL head coach would be fired first. With Bill O’Brien, everyone knew it was only a matter of time. He was not just a terrible head coach who even had issues with a guy like JJ Watt, he was also a lousy GM.

A heated exchange reportedly ensued between Watt and O’Brien that led to a full team revolt. Shouldn’t the team’s reaction to this event tell you how the rest of the team felt about O’Brien?

Bill O’Brien deserved to be fired the moment he traded away DeAndre Hopkins. Sure he’d done plenty before and after the Hopkins deal, but there was clearly no future for Bill O’Brien in Houston. Bill also attempted to take over play-calling duties, which is hilarious. The guy couldn’t manage the game or the roster, so it was probably a bad idea for him to try and control the plays. O’Brien lacked all self awareness, and the Houston Texans finally put their fan base out of their misery.

Clashing with a player that was the face of the franchise for years is a surefire way to get fired. Bill O’Brien failed at every job the Houston Texans allowed him to try. The Texans were right to make a move in another direction. More details of the Watt-O’Brien exchange will surface. We’ll keep you updated on how this turns out. 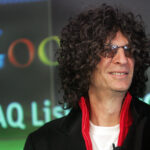 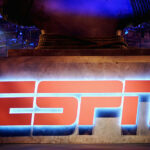