The Tonight Show’s NBA-like tank is directly tied to President Donald Trump. Once CBS’ Stephen Colbert’s political “satire” — if you want to call it that —  began to pull away from Fallon and Jimmy Kimmel as the No. 1 late-night program, the entire genre pivoted to politics. Thus, the nightly bashing of Trump using MSNBC-produced talking points.

Fallon is a talented host, he’s not a political personality. For the length of Trump’s term, Fallon was out of place in a role that weakened his mild persona.

Trump is now leaving the White House, and The Tonight Show’s identity is beyond repair. Half of the country has said goodbye, and a strong percentage of the Left stopped consuming content on linear TV.

NBC tried to bring down Trump — instead, the plan brought down its blue-chip late-night program.

The Tonight Show was once must-see TV. Bill O’Reilly pointed out Wednesday that The Tonight Show Starring Johnny Carson used to do between 7 and 10 million a night. Now, the show isn’t funny anymore. It’s repetitive and toxic. Once the broadcast channels decided to combine humor and politics, the former died a quick but painful death.

The Tonight’s Show’s 947,000 average is concerning, yet it’s only the beginning. That number is likely to dwindle even further as Fallon won’t dare poke fun at Joe Biden or Kamala Harris. The series’ best-case scenario is that Fallon can find new viewers online through digital clips. His lost TV audience isn’t coming back.

Prediction: Morning TV will be next, for the same reasons. 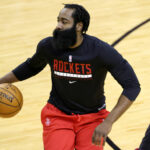 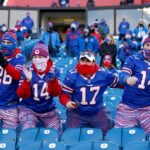