Like Clark Griswold before him, Michigan football coach Jim Harbaugh is on a European vacation with family this summer and we’re lucky enough to be along for the ride thanks to Jim’s daughter, Grace, recording all the fun dad moments Jim is having along the way.

From carrying all the bags, collecting the passports, destroying airport KFC corn on the cob and getting a mow in before heading to the airport, Jim is having a huge dad vacation that so many of you can relate to.

Grace is even reporting on dad quotes 58-year-old Jim is dropping along the way.

“Do we need a leader right now or what,” Jim said during an 11-hour layover, followed by “I’m gonna lay down right here” and “Who wants me to hold their passport?”

Let’s analyze some of these dad moments

The dad stance at the counter with a pullover tied around his waist:

This is dad wants to speak to a gate agent, but it’s just because dad is bored and he might pick up some travel intelligence such as what snacks will be available on the flight.

This clearly isn’t a Karen situation. Does that guy look like he wants to destroy a ref or a gate agent? Not to me. 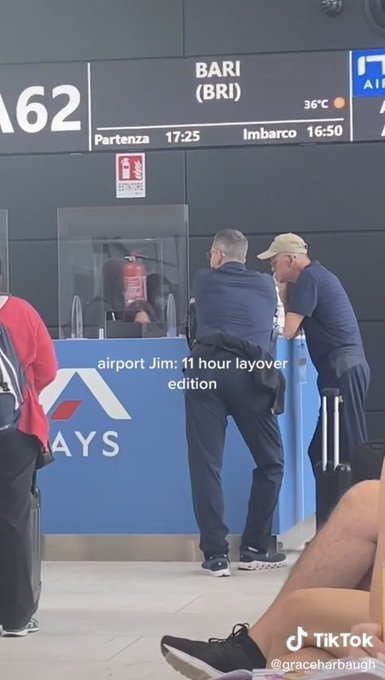 This is an upper-management position typically reserved for mom, but when you’re used to keeping tabs on 100 football players, this is just an old habit. This is also a time-waster. Jim isn’t going to throw on headphones and scroll through Twitter. He hasn’t used the app since September 2020.

Jim is to that age where he needs to be occupied by anything other than a phone. So give him the passports. 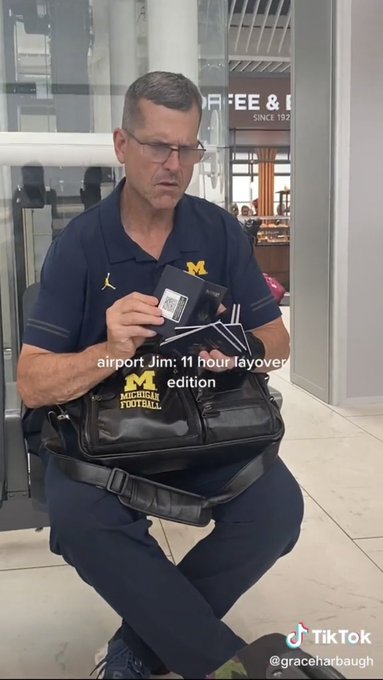 The airport dad nap on tile:

Extremely rare dad moment right here. Typically us dads are passing out while sitting up and then letting out a snort/snore that causes the wife to ram her elbow into dad’s ribs because he’s embarrassing her. 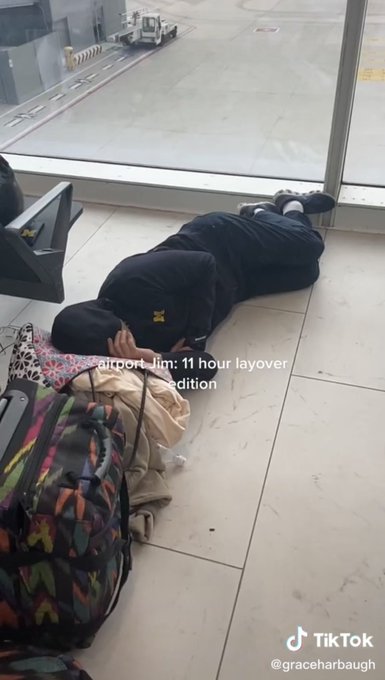 Dinner time at the airport!

And true to form, Harbaugh crushed airport KFC corn on the cob to get this trip started. Such a dad move. 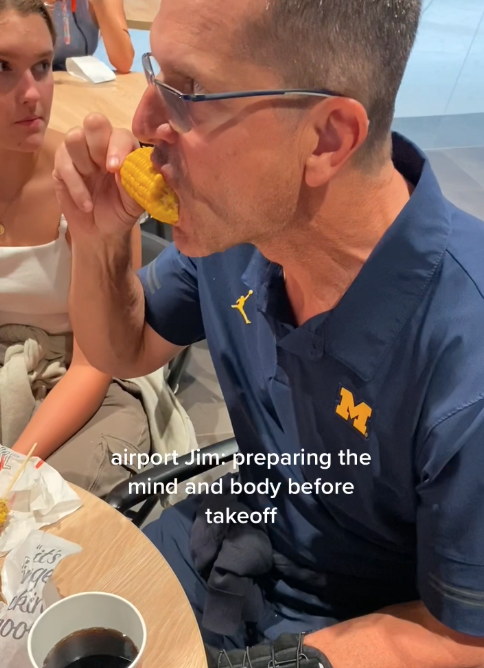 Jim and the family eventually made it to their resort and Jim has been busy reading books, quoting Eminem lyrics and wearing his Michigan gear in the pool.

This guy is literally 24 hours into the trip and he’s already posted at least a dozen dad moments on the scoreboard. Unless Grace is told to put away the phone, we’re headed for record dad moment territory.

Jim hasn’t even gone on a guided tour where he gets to ask the tour guide 50 questions during a walk around town. You know that’s coming.

More ‘Vacation Jim’ videos have dropped and I am loving it! Here is he rapping an Eminem song 🔥

“My associate Eminem, fellow Michigander, speaks to me.” pic.twitter.com/AZm6c9NnwP