Former Michigan head football coach Rich Rodriguez fired up his Hard Edge Football podcast this week and fired off some interesting thoughts about the Jim Harbaugh experience at Michigan. Rodriguez, who went 15-22 during his stint with the Wolverines, actually had glowing remarks for Harbaugh, who is now 48-19 after a loss to Michigan State.

“Boy, I have a lot of thoughts – I wonder why!” Rodriguez said on the podcast. “Something wasn’t a surprise, and Michigan was a three-touchdown favorite. I don’t think the homefield has anything to do with it – there’s no fans at the game, anyway. But, despite maybe what many fans may be saying or people that follow college football, I do not think Michigan has a coach problem! It’s not a coach problem. It’s different than that.”

“He’s 48-18 going into that game. He’s won a lot of games,” Rodriguez said. “Certainly he’s had struggles against Ohio State – who hasn’t, right? Michigan State’s beat them a few times. But Jim Harbaugh is not your problem, Michigan. He’s got an outstanding coaching staff. I think he’s an outstanding football coach.”

So what does Rich see as the problem? Grades! Eligibility! Michigan entrance standards are too high to compete with the big boys!

“There were some guys we fought to get in,” Rodriguez said. “Our thought was, if they’re NCAA eligible, we should be able to get them in if we can vouch for their work ethic. Sometimes guys didn’t get the same kind of high school education because of where they lived, but they’re gonna have success in college with all the help they can have and the type of mentality – you know who they are. And we had to fight for a lot of guys. And there were some guys – I’m not gonna mention their names – there was no way that Michigan was gonna let them in. They met the NCAA standard, but they didn’t meet the so-called Michigan standard.

“And I think a little bit was, ‘Oh, they’re not from here, they’re not in-state.’ They were from out of state. And I said, ‘I know these kids. I know their work ethic. Trust me, they’ll make it.’ And you know what? Every one of those kids we asked to come in graduated and had great success there. They stayed after we were gone, but they graduated in four years, got a Michigan degree, and are doing very well to this day.”

“It slowed the growth,” Rodriguez said. “I think you can overcome that and I think we were. I think every year it was getting a little better, a little better. The third year, there was a lot less of that, and certainly, in the next couple years, we would be completely – not completely, but have the right type of mindset. ‘We’re gonna earn success!’ We had the right type of guys that wanted to prove themselves. The system was in place, but more importantly, the attitude was starting to come into place. There were good players, and – young guys don’t know what they don’t know, right? Once they grow up – I always say this, Raquel – once they grow up in a system, then the only guys you have to worry about every year are the new ones that come in. The 25-30 new players that are coming in. And hopefully, the upperclassmen will teach them that type of mentality of how we’re gonna earn success. When you’re a new coach coming in, they all have to learn it, and that takes a little bit of time.”

Eligibility standards is a topic that comes up whenever tough times befall Michigan — and those who don’t drink the Kool-aid reject it just as quickly. So an inferior Michigan State team whipped the Wolverines because some 4-star couldn’t get in? Did Rich Rod even watch the game?

Eventually, Rich Rod got to the heart of why Michigan is struggling: the program isn’t willing to evolve. It isn’t willing to tell Don Brown to take a hike, that his defense can’t get the job done. The players think that big ol’ stadium and the tradition will win ball games. That’s good for 9-10 wins when they are assured a few games against MAC schools to start the season. When they face tougher opponents, the Wolverines sometimes have trouble.

“We felt, too, that there was some battles within that we shouldn’t have to battle,” Rodriguez said. “You got enough to work to do to battle the people outside who are trying to beat you every day in recruiting and in the games and all that kind of stuff. So the administration, everybody within should be, ‘Coach, what do you need to have success? What do you need to win?’ But instead it became about, ‘Boy, you’re – this is not Michigan tradition. If you’re having game captains instead of a permanent season-long team captain, that’s not tradition.’ Well, they did that before. Those are little things that are a big deal. We weren’t disrespecting tradition. They had done it before, but that was the kind of thing – golly – we wanted to have a bunch of captains, not four captains. So it was little stuff like that that became more of a pain in the (expletive) than it needed to be.”

It was nice of Rich Rod to give Harbaugh a vote of confidence. Don’t fire Harbaugh. It’s not his fault. Listen to Rich Rod! 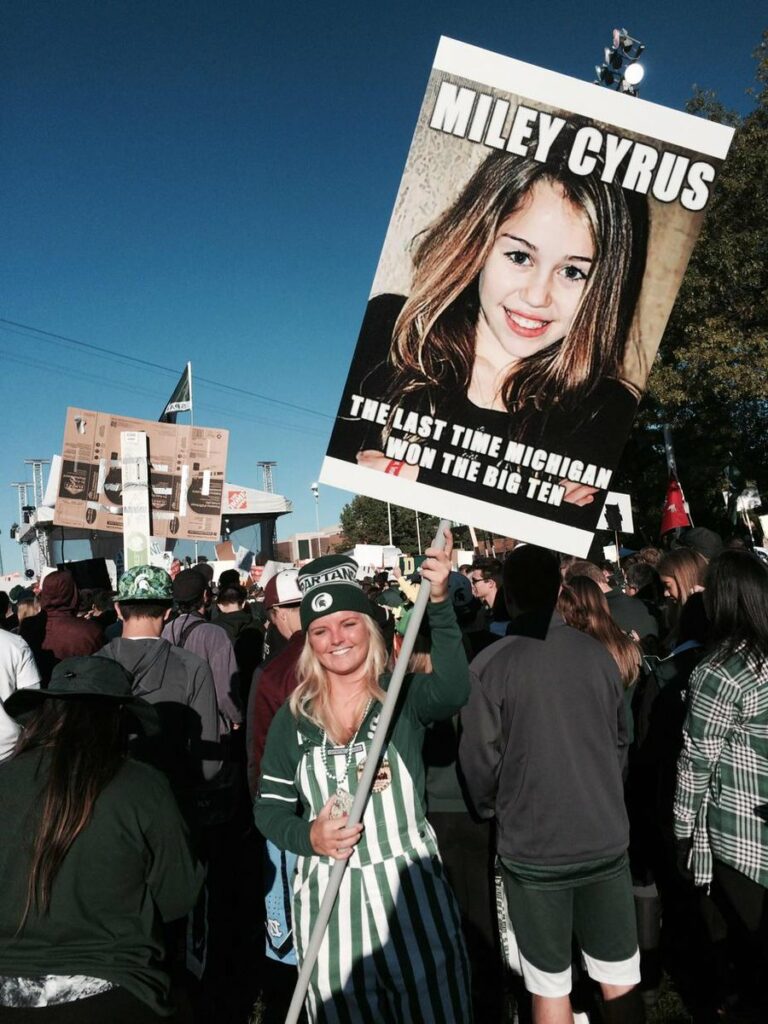