The Jets won decisively by dramatically losing against the Raiders today. Because they gave up this bomb touchdown from Derek Carr to Henry Ruggs Jr., they are 0-11 and remain in pole position for the first overall pick — generational talent Trevor Lawrence.

Giving up a "demoralizing" bomb touchdown with five seconds left to Carr/Ruggs was one of the best plays in Jets history pic.twitter.com/L8dfNk0esO

The Jags, meanwhile, lost in overtime against the Vikings. If the Jets had won, both teams would have had 1-11 records — and the Jags would have the tiebreaker. The tiebreaker is based on which team’s opponents have a worse winning percentage — here’s where that stands in favor of Jacksonville: 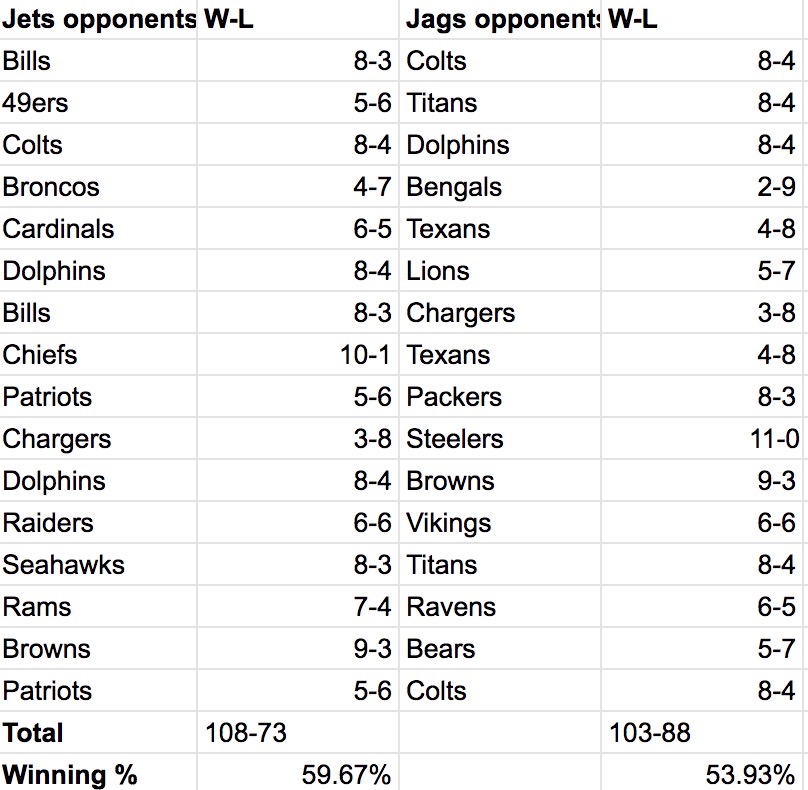 What a wild witching hour in the NFL. Jets fans have to be ecstatic about losing the way they did.