Randy Moss knows a thing or two about being one of the best wide receivers in NFL history. With that being said, the man doesn’t know everything.

On Wednesday, Moss joined Terrell Owens on his podcast Getcha Popcorn Ready. Unsurprisingly, he claimed himself the best wide receiver to ever play the game. It was his comment about Jerry Rice, who most consider to be the best ever, that had people talking.

Moss claims that Rice checks in at either “third or fourth” on the list. Yes, I’m serious. He said that.

He followed up the shocking statement with this justification:

But all that has become old news by now. Rice’s response, however, has not. He posted a graphic to his Instagram account with side-by-side comparisons of the two player’s stats. The caption read “You just got MOSSED.” 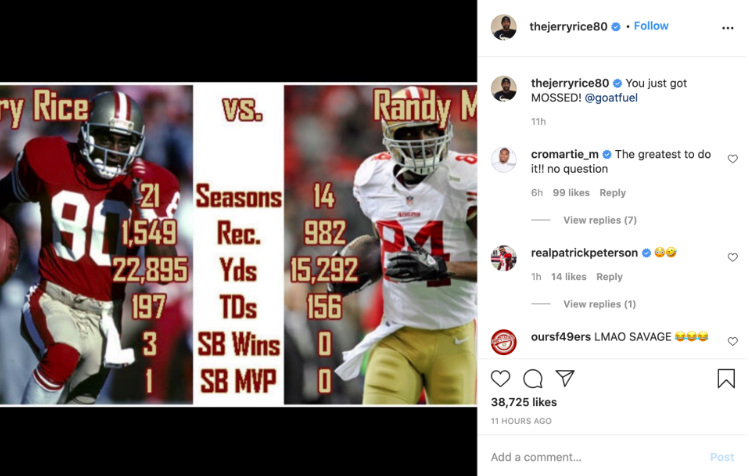 Of course, he ended up deleting it, and we are unsure why. But either way, it was an epic response from the greatest to ever do it.