Earl Thomas has officially been released by the Ravens. When reports first emerged that his future with the team was in question, Adam Schefter described the Cowboys as the “leading contender” to land him. This morning has been a bit of a rollercoaster with regards to that idea.

One note on FA Pro Bowl safety Earl Thomas: While the #Cowboys made some inquiries, they are not expected to be among the teams vying for Thomas’ services, sources say. So the Dallas/Thomas love affair ends here. 😢

Shortly thereafter, Jerry Jones discussed Earl Thomas in a radio spot with 105.3 The Fan in Dallas, and disputed this report:

Jerry Jones on @1053thefan on Earl Thomas: “I haven’t visited personally with Earl and don’t know that anybody has but that would probably be a next step.”

#Cowboys Owner/GM Jerry Jones says the first part of the Earl Thomas decision is to evaluate what they have on roster at that position. He said they’ve completed that phase and next would be to speak directly with Thomas and his agent. So #Cowboys remain interested.

Jerry Jones says reports #Cowboys have decided not to pursue Earl Thomas are erroneous, adding, “That guy doesn’t know what he’s talking about.”

Rapoport caught wind of this and doubled down:

Gotta love Jerry Jones… who said the same thing — “He has no idea” — when I reported midway through the season that Dak was going to get franchise tagged 🤷🏻‍♂️. Anyway, Dallas has had some talks about Earl Thomas, has not made an offer, and there is no expectation they will. https://t.co/IJZ4H2bXtB

And now we wait and see whether there will be an offer, or there won’t. 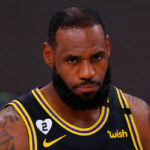 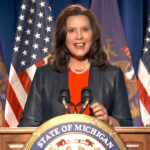