Brooks Koepka and his content queen wife Jena Sims are finally enjoying a proper honeymoon after their June wedding in Turks & Caicos was followed up with golf major championships.

Now the schedule is clear for fun and sun after Brooks missed the cut at The Open. It’s time to blow through some of that LIV Tour money on an exotic European honeymoon and sushi on the beach.

Sims fired up Instagram Story to show fans her sushi-eating skills while wearing a bikini from her new business partners at One One Swimwear while Brooks rested up on the beach for his next LIV appearance July 29-31 at Trump National Golf Club in Bedminster, NJ.

If you’re concerned that the newly married couple might’ve went nuts blowing through their wedding money on an exotic honeymoon, it’s all good. Brooks is believed to have signed a contract in the neighborhood of $150 million to join the LIV Tour.

That equals some fine beach sushi. 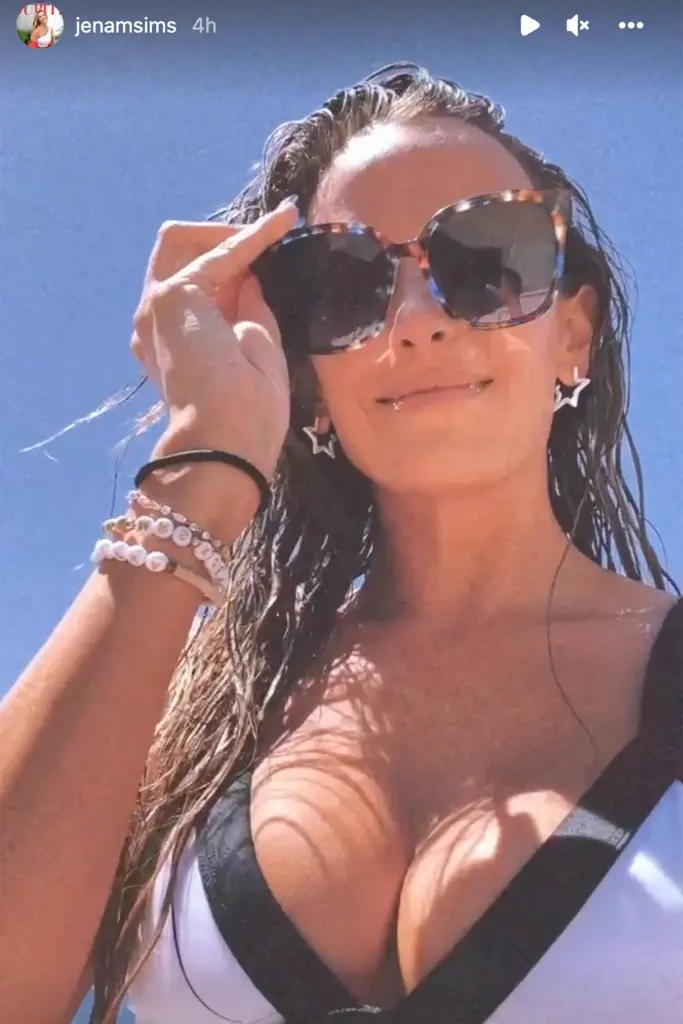 You know what solves those issues? Money and the beach. Drinks. Food. Room service vodka. Chicken wing room service when the wife goes to bed after a long day of suckin’ up Vitamin D by the beach.

That’s what this week should be all about. Let go of all the negative energy. Get the marriage off to a fast start and then buckle down for the remaining six LIV Tour stops with $4 million top prizes.

Until then, it’s all about making memories with Jena.