Like Baylor smashing Gonzaga right out of the gate and then not letting off the gas, Jemele Hill showed the world this week that her brand of woke is the undisputed champion, and at this point in history, it’s going to take a complete miracle to dethrone her. Hill took an astounding 80.6% of the vote in the Woke All-Star Challenge Championship against COVID fan Karen Rovell en route to the inaugural championship that took the social media world by storm.

Jemele celebrated her title by appearing on Don Lemon’s CNN show Tuesday night where she railed on Georgia voting laws. One other thing to note from Jemele’s championship run is what triggered her over the weekend — the right’s use of “woke.”

Ignoring the obvious stupidity of this, can y’all learn a new word besides “woke?” Since y’all are into canceling shit, please cancel the use of that. https://t.co/gD95OsgzVb

I have news for our woke champion — she’s now the champion of woke, so there will be zero canceling of a word that represents her brand and this championship. In fact, I assume the OutKick t-shirt team will be releasing a championship shirt of some sort. Maybe a VHS tape of Jemele’s greatest tweets like Sports Illustrated would pump out with subscriptions.

It’s an epic battle for the ages: Darren Rovell vs Jemele Hill for the title of wokest sports media member in the country. Who ya got? https://t.co/mMtCC6vTS5 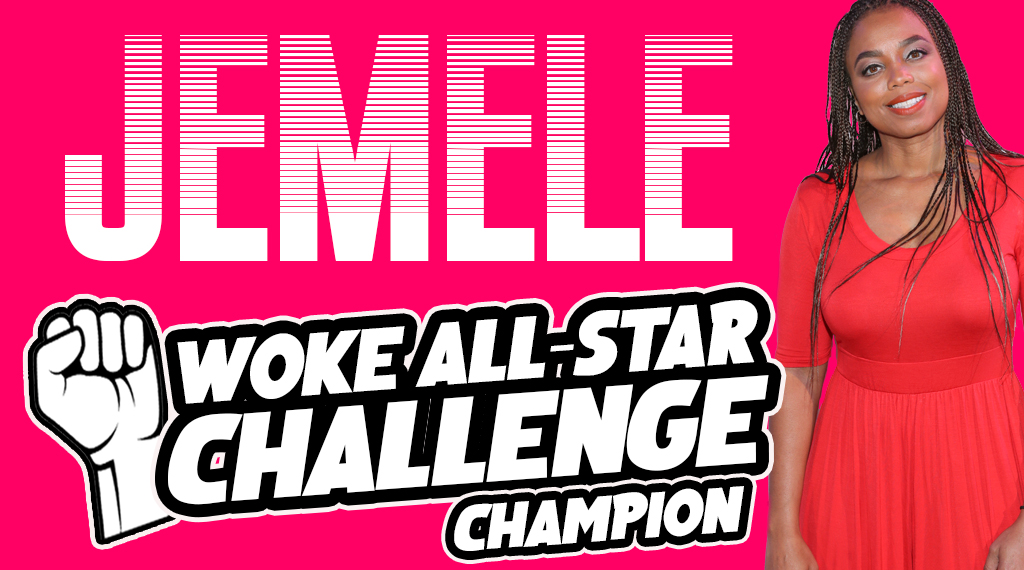 • We heard all sorts of suggestions, praise, questions, concerns over bracket seeding and hate from numerous people as we navigated through this challenge. Were there mistakes made? Yes. Were there seeding issues? Absolutely. The truth is that I kinda threw this together in about 25 minutes, created some art, and away we went. I threw the brackets together, came up with woke names for the regionals and we had a tournament.

• That said, Clay’s brain is now wrapped around this one, and we’ll have an actual committee in 2022. I assume there will be a woke challenge participant reveal as ABC does with Dancing with the Stars. Maybe a sponsor. And a concrete voting system from the OutKick IT department. The boys in IT said they’ll need a couple of weeks of lead time to make sure they’re ready the next time. That means I’ll start emailing them in late October to make sure I’m on top of things.

• Jemele could go a decade without finding a competitor. We’re talking a Celtics run from 1959-1966 when Red’s boys won eight in a row.

• I better not be running this challenge a decade from now. 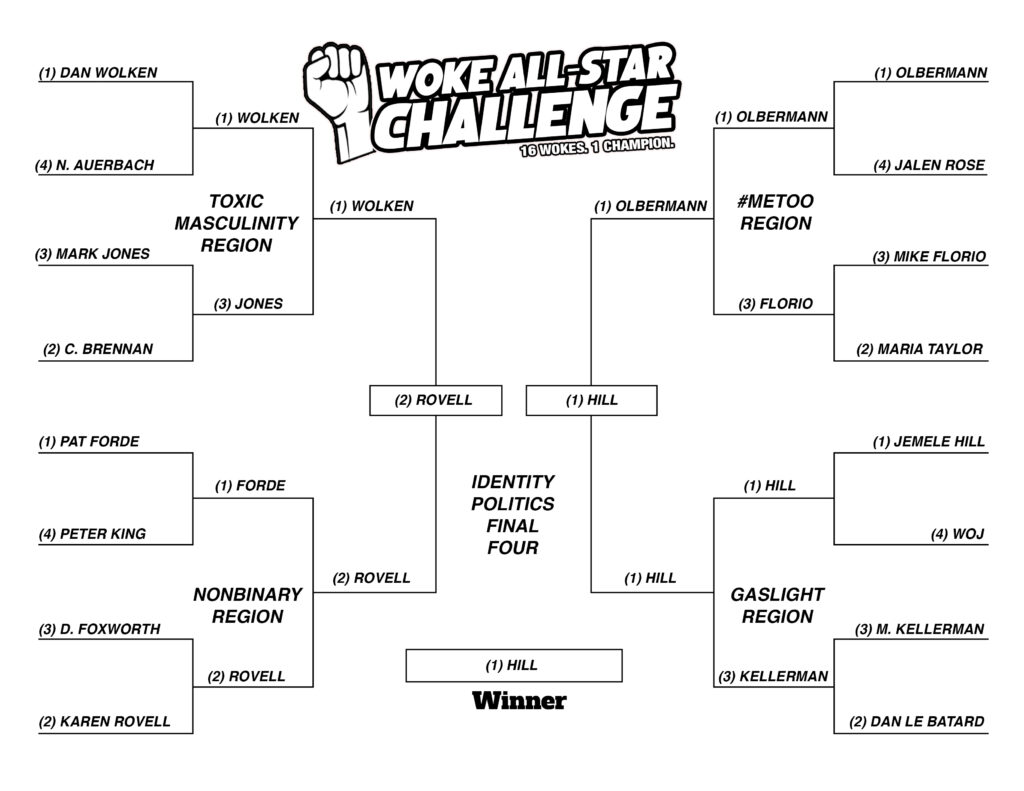