Historically, it’s been complicated to determine why an American votes for a particular presidential candidate. It could vary from income level, religion, background, location, family size, upbringing, past experiences, education, and so forth. Luckily, it’s much simpler now. You are either racist or not racist. That’s at least according to Jemele Hill.

Hill put it in simple terms, without logic, of course. If you vote for Donald Trump, you are a racist.

“No wiggle room,” she added for emphasis.

You’d think Hill probably doesn’t associate herself with any Trump voters after a tweet like that. They are beneath her. They are racist!

Oh, wait. Does her own mother count?

In 2017, before totally embracing her miserable, hateful persona, Hill admitted her mom voted for Trump.

It turns out, Jemele Hill’s mom is a blatant racist, per her daughter’s logic.

On her quest to make Americans as unhappy as she is, Hill disregards reason and fairness. At this point, she doesn’t even think about who she’s calling racist; the label is too effective for her. It’s to her following what the 3-point shot is to Steph Curry: the equalizer.

Hill — like many in the media — has let her hatred toward Trump ruin their ability to think properly.

Her tweet was shallow, irresponsible, lazy, and concerning. This is conspiracy-level bigotry. Her tweet was intended to install fear into anyone online who thought about supporting Trump. She was reaffirming that if you don’t think exactly as she does, you will be labeled a racist. A term that could cost you your job.

Hill ought to be ashamed of herself, but we know she isn’t. Her tweet was retweeted 60,000 times and liked another 263,000. Instead, it’s on her employers to be ashamed and humiliated. Also, ESPN, which just inked a deal with her to produce a documentary on Colin Kaepernick. ESPN got back into business with an individual who called half of its viewers racist. That will not sit well with viewers.

A sane person knows all this. Unfortunately, Twitter isn’t made up of the sane. Nor is the list of media executives. Hill’s blatant hateful, fear-installing personality is promoted by major media outlets: the Atlantic, ESPN, The Ringer/Spotify. She’s gotten rich off of it.

Other media stories at Outkick:

Our Loudest Voices Have Exposed Themselves as Opportunistic, Temperamental Frauds 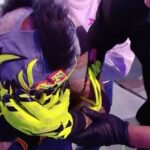 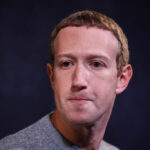