Jeff Brohm, the head coach of Purdue, sent out a comprehensive plan for the Big Ten to play football in the Spring and Fall in 2021. At first glance it feels wholly unrealistic based on the volume of games and practices that players would have to endure. 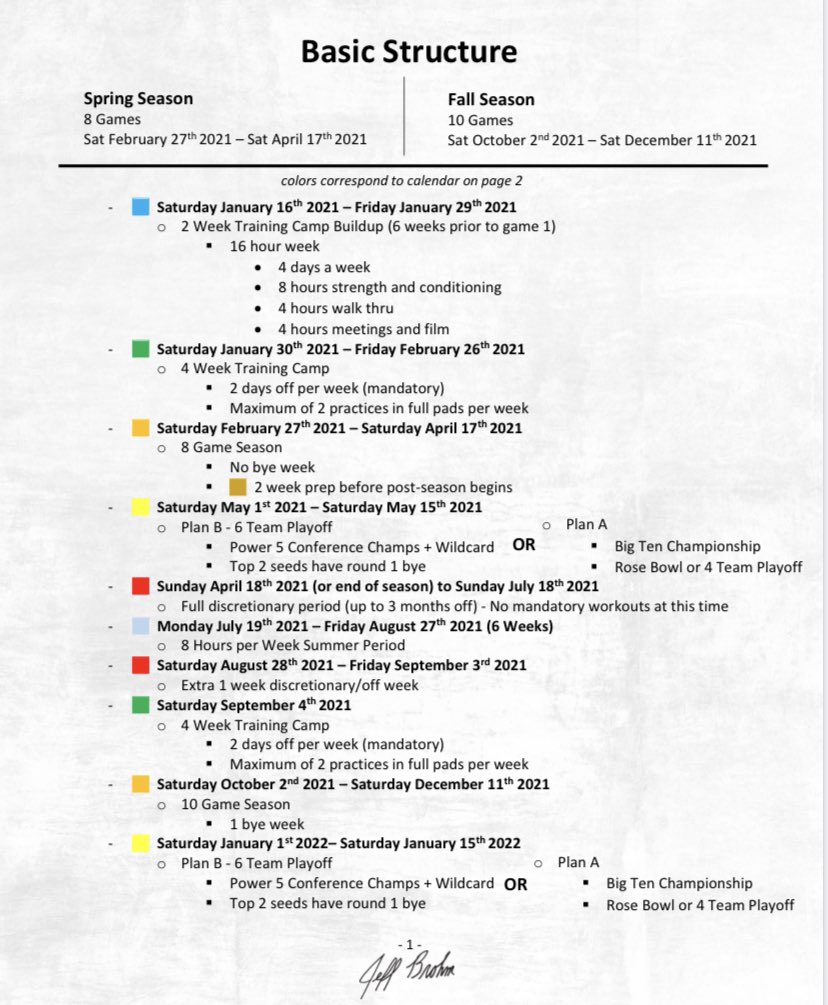 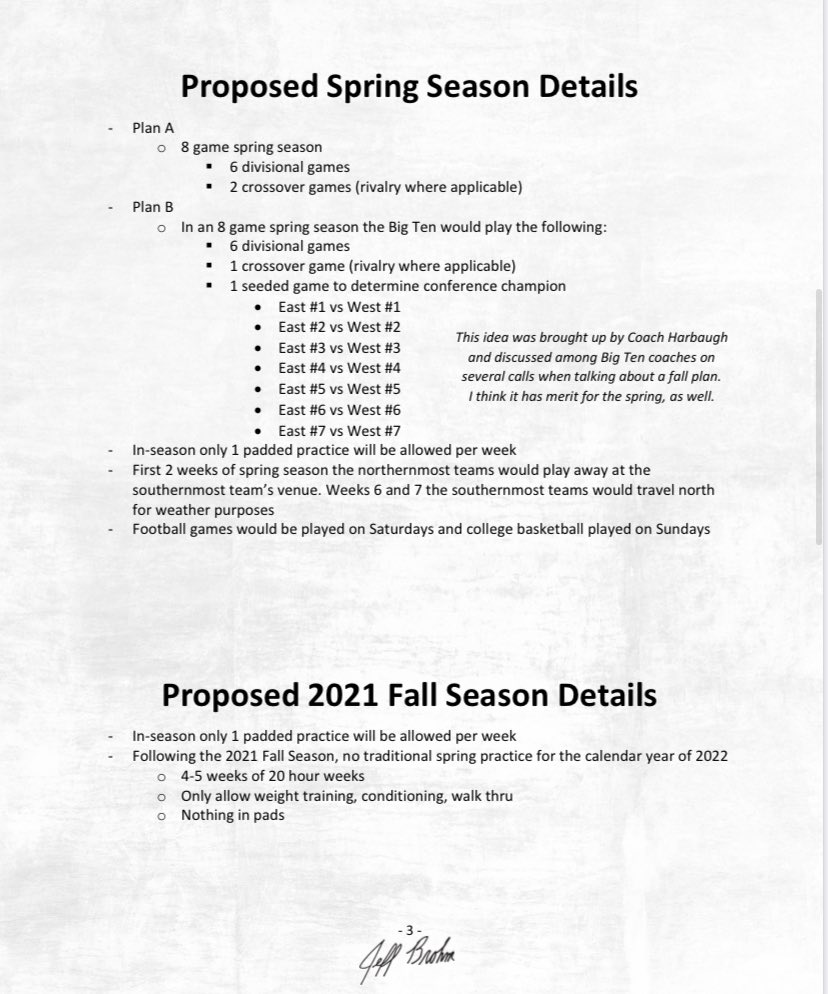 If you didn’t feel like reading all that, Pat Forde tweeted a quick summary and former NFL offensive lineman and friend of Outkick Geoff Schwartz quote-tweeted with justifiable sarcasm about how safe it is for players:

So in this calendar year, players would have pads on in Jan, Feb, March, April, possibly May… then (Aug depending on camp) Sept, Oct, Nov, Dec … player health and safety! https://t.co/2YiNE7k4ra

The plan has them playing 18 games in a calendar year, plus playoffs. Bananas.

Compound this with the facts that a) it’s unlikely a vaccine will be widespread enough by January such that it can get gobbled up by thousands of young, healthy college football players, b) it’s unlikely the virus is going away by that point, and c) it’s hard to imagine Big Ten country will be in a better position with the virus when it’s cold out and flu season is thrown in than when it’s warmer outside.

Players should be up in arms over this plan from Jeff Brohm and should vigorously push back against it.