Last June we announced Jason Whitlock would be joining Outkick.

Since that time he has provided a series of fantastic columns illuminating and analyzing many of the great divides this country faces. I’m extremely proud of the work he’s done at Outkick and of the fact that we published that work and advanced the marketplace of ideas in the worlds of sports, politics, race, and culture.

As a result of the growth of Outkick, Jason’s profile has also grown immensely and he now wishes to carve his own career path as opposed to being a partner at Outkick.

As someone who founded and owns his own company, I don’t want to ever stand in the way of any talented person having control of their own future.

So as much as I value Jason’s work, friendship, and the incredible asset that he’s been to Outkick, I’m excited to see what he’s capable of going forward. I’m sure it will be fantastic and I’ll be reading and listening to his work there just as I have read and listened to his work at the Kansas City Star, ESPN, Fox and Outkick.

As for Outkick, we’ll keep right on rolling. January is poised to be the largest month, by far, in the site’s history and we have several exciting hires to announce in the near future.

As always, thanks for your support of Outkick and best of luck to Jason at his future endeavors. 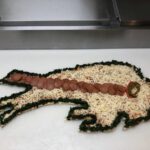 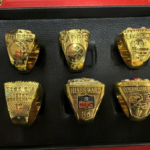