Jacksonville defensive end Adam Gotsis got himself a new tattoo. But not just any tattoo. Gotsis now has the type of ink that should illicit one response and one response only:

The 6’4 Gotsis gifted himself a 3-foot tattoo of a Japanese Hannya mask. His ink starts at his shoulders and covers all the way down to the top half of his butt.

Per TMZ Sports, Gotsis’ tattoo was done by Denver-based artist JB Tattoos, who was flown to Florida by the defensive lineman to complete two 12-hour sessions. The tattoo, covering a large portion of the 29-year-old pro’s body, was first drawn on nine sheets of paper before being permanently tatted onto Gotsis’ frame. 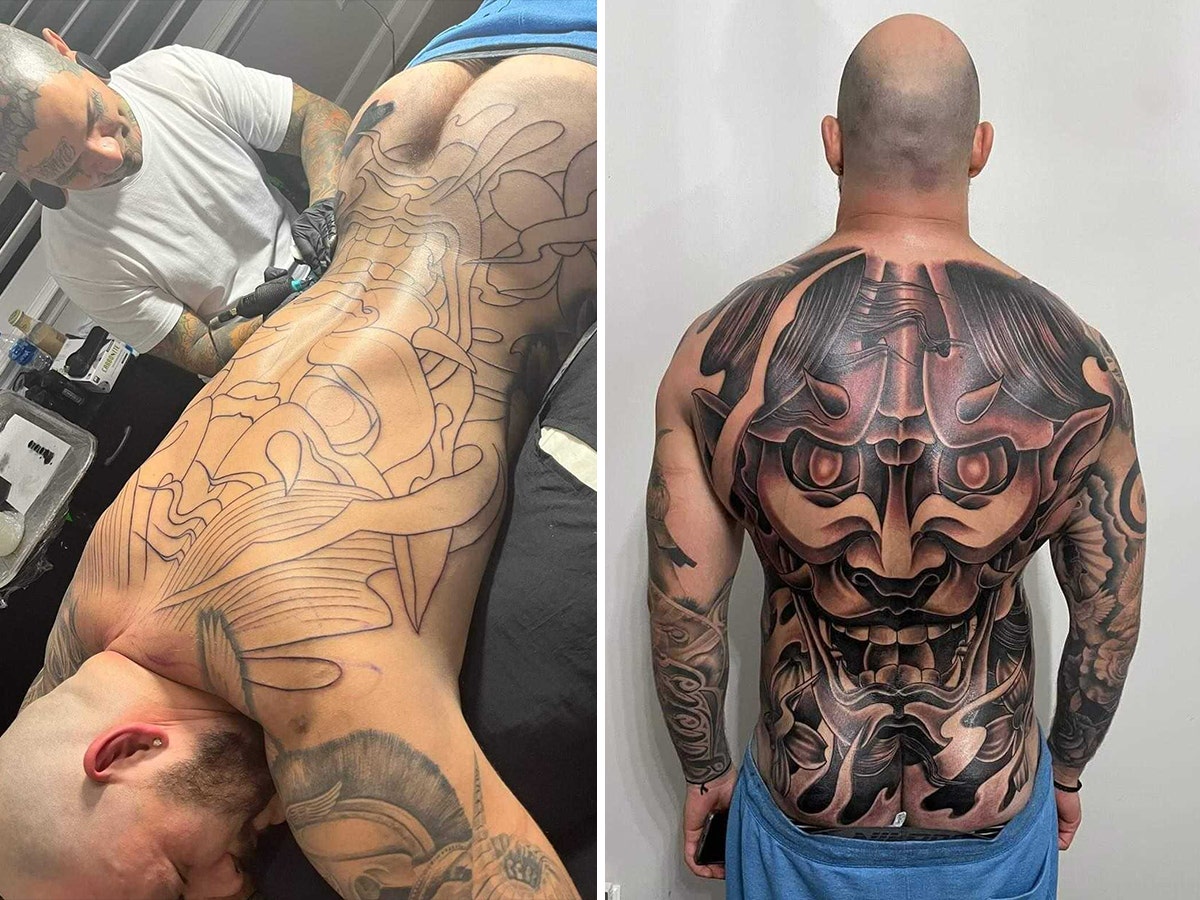 A Japanese Hannya mask is symbolic of good luck and wisdom, which the Jags could certainly use after finishing last season 3-14. Gotsis played in 16 of those games, including four starts. He recorded 27 tackles and three sacks.

“He was a savage,” JB told TMZ Sports of Gotsis’ two sessions. “Only minor twitches here and there!”

JB says that for the next seven days, Gotsis will need to sleep on his stomach and sag his pants while the ink heals.