Jackson Mahomes, who’s about as likable as a fat-fingered proctologist, really is an ass. At least according to BetOnline, which determined Mahomes, the younger brother of Chiefs QB Patrick, is the 6th most disliked person in the NFL.

What’s interesting about the list, which was determined based on negative tweets directed towards NFL figures in the month of December, is that Mahomes is the only person on the list who isn’t an NFL player, coach, owner or commissioner.

Jackson Mahomes being more disliked than Tyreek and Dan Snyder is crazy pic.twitter.com/KLASYvySFj

Mahomes’ only affiliation with the NFL is his big brother. Jackson regularly acts like Patrick’s success is his own in cringe-worthy TikTok videos and postgame reactions.

He’s the guy who laughs at his own jokes, and was probably the person they had in mind when they created the Motorola Bluetooth Headset. 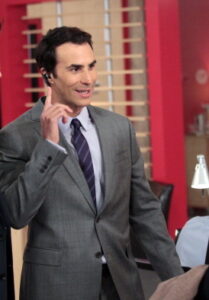 Wedged there among them is Mahomes, who received 71,349 negative tweets. With a couple more TikTok videos and a continued ride on his brother’s coattails, he should be able to double that mark next season.

Even if he doesn’t finish first though, fans across the country can continue to signal to Jackson that he’s first on their list.

All it takes is one finger.