Two password guesses for over $200 million. That’s where a programmer named Stefan Thomas finds himself. The New York Times published a feature story Tuesday on Thomas and others who have forgotten their Bitcoin passwords. Netflix has no choice but to turn this into a movie — immediately. It’s a summer blockbuster waiting to happen. If you have anxiety, especially when it comes to money, passwords and wealth sitting in a locked digital wallet, do not read the story, and please do not watch the movie when it eventually comes out.

Here’s the quick version of the Times’ story: people were given or bought Bitcoin years and years ago when it was a pipe dream and nobody thought it would be hovering at $34,506/1 coin on January 13, 2021.

Thomas was given 7,002 Bitcoin in 2011 for his work on a video that introduced the currency to many people. According to the Bitcoin wiki, between February and April 2011, the digital currency was worth $1 USD.  Thomas writes down a password to the small hard drive, the IronKey, that contains the private keys to the digital wallet and life goes on. Yes, he’s holding 7,000 Bitcoin, but it’s 2011 and it’s not like he’d hit the lottery. It was just a digital currency paycheck.

As the story goes, Thomas soon lost the password, of which you get 10 guesses before the account locks up and encrypts into oblivion. Your anxiety, like Thomas’s, is through the roof.

He’s now down to two guesses before his fortune is gone.

Why can’t Thomas just call Bitcoin and get his password sent in the mail? There’s no company. There’s no lost password division.

“This is made possible by the structure of Bitcoin, which is governed by a network of computers that agreed to follow software containing all the rules for the cryptocurrency,” Times reporter Nathaniel Popper writes. “The software includes a complex algorithm that makes it possible to create an address, and associated private key, which is known only by the person who created the wallet.”

Don’t shed too many tears for Thomas. He bought more Bitcoin and is doing just fine. Thomas also likes the idea of turning him into a movie.

“A painful memory. I hope others can learn from my mistakes,” Thomas tweeted Tuesday. “Test your backups regularly to make sure they are still working. An ounce of foresight could have prevented a decade of regret.”

Hopefully, the agent for Carolina Panthers offensive lineman Russell Okung had his client read about Thomas. Okung announced in December that part of his contract is now being paid in Bitcoin. 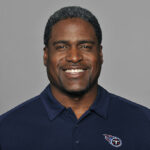 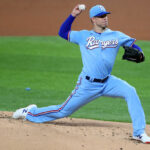