I’ll have to check with Karen Rovell, but it looks like I could be screwed here with the news that Cam Newton is done buying expensive high fashion and that he’s going into a thrift-store shopping mode. As the owner of the game pants Cam wore during the 2011 BCS Championship Game, it’s disturbing to hear Cam’s going thrifty.

“I’ve spent thousands and thousands of dollars, maybe even millions of dollars on clothes that I only wore once, so to be able to recycle the closet, so to speak, is something that’s challenging. But at the same time, it’s going to be fun to do so throughout this whole year.”

Why is this crushing to hear? Because in 2016, at the Gatorade High School Athlete of the Year Awards, I interviewed Cam and just happened to have the Auburn game pants in waiting, ready to ask him if he recognized them. He was stunned to see them. Not only did he confirm I own the pants he wore during the BCS game, he told the story of how he knew the pants were his. Then he autographed them. The jersey he wore is in the Auburn locker room on display, but the university — for some strange reason — sold the pants in 2011 and I bought them. Was it a wild purchase? Of course it was, but I figured it was a fluke national championship from Auburn and the jersey top wouldn’t be sold.

“One day, those will be mine again,” Cam told me that night at the Gatorade Awards.

Now here I am, having to read that Cam’s done blowing big money on clothes. I was hoping for a bidding war between Cam and a War Eagle booster who wants one of the most coveted Auburn items on the market.

The good news is that I didn’t spend a fortune ($1,525) on Cam’s pants, and those pants turned into millions of pageviews at my previous job. The haters like to say it was a horrible investment. I just laugh.

That said, it might be time to text Cam and see if he wants to put in an offer with all the money he’s saving buying clothes at Goodwill. 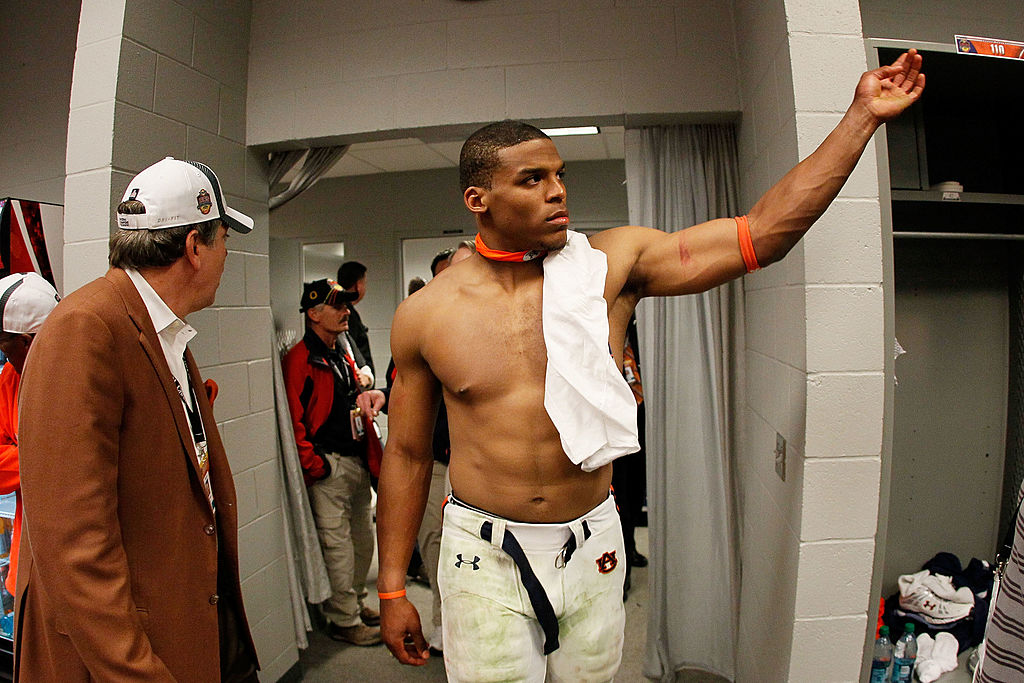 Playboy’s Jaime Edmondson, now married to Evan Longoria, modeling Cam’s BCS pants for me back in 2011: 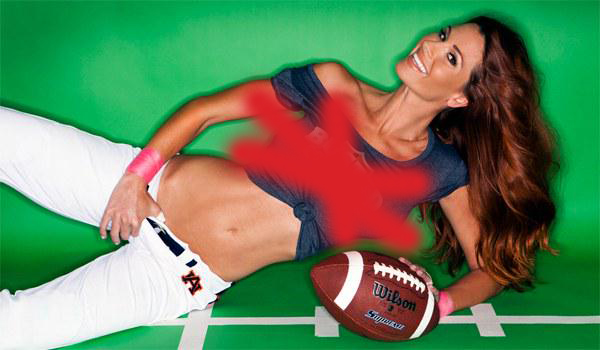