Turns out the man was a location manager filming a commercial in the area who said he preferred not to work in television, unless it was HBO.

“I work for HBO,” Cullen, wearing sunglasses and a mask, said.

“Have you seen ‘Winning Time,'” the man asked, referring to the HBO series about the Los Angeles Lakers dynasty of the 1980s that concluded its first season on Sunday to its highest viewership – 1.6 million, according to Variety. 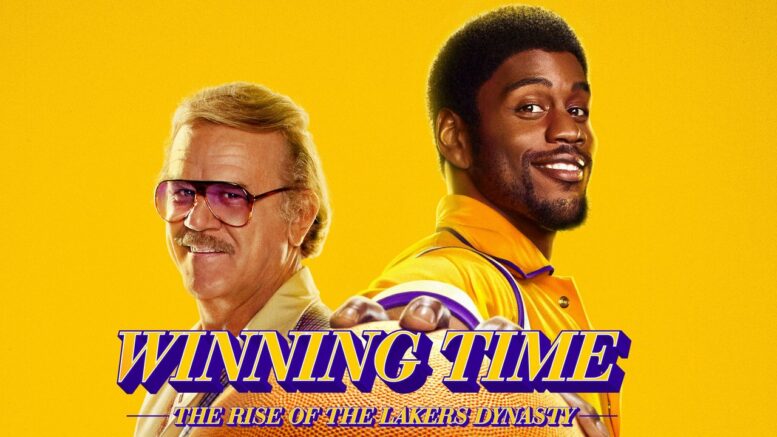 Then the man’s face fell.

Cullen, 65, has been a lot of people since moving to Los Angeles in 1979 after graduating from the University of Houston in his hometown. He is one of those actors most recognize, but not as many know his name. He was Bob Cleary in “The Thorn Birds” and Dan Fixx in “Falcon Crest” on TV in the 1980s, and more recently The Stranger in “The Blacklist” and Greg Larson in the third season of “True Detective” and in movies as Batman’s father Thomas Wayne in “The Joker” and quarterback Eddie Martel in “The Replacements.”

Winning Time Could Be Called “Sex, Lies And The Fast Break”

Should “Winning Time: The Rise of the Lakers’ Dynasty” progress as it did in its first season with 10 episodes that are averaging six million viewers overall, according to Variety, Cullen may start getting recognized for more than his face. The 10th episode that concludes with the Lakers and rookie Magic Johnson beating Philadelphia for the NBA title on May 16, 1980, enjoyed a 73 percent viewer increase over the series premiere on March 6 after a steady increase over the 10 weeks.

“I’m really proud of the show,” Cullen told OutKick Monday night in a phone interview from his home. “And I hope people will enjoy it for what it is. If you do anything about anybody that’s real, there is going to be stuff they don’t necessarily want the public to see or want to know that someone did.”

The show has not been popular with some of the Laker institutions portrayed, such as former player, coach and general manager Jerry West and former center Kareem Abdul-Jabbar as there have a number of accuracy issues.

“I’ve heard or read some of what is out there that Jerry West and Kareem said,” Cullen said. “But the show does have disclaimers. I hope Bill Sharman’s family, his grandchildren and friends are happy with what I’ve done. I can only do what they give me, but you try to be true to who that man’s character is. I haven’t heard anyone say, ‘Oh, I don’t like that show.’ A lot of people said it’s on their list. They were waiting until it was over to watch all of them together.”

Viewers will likely have less than a year to watch all 10 episodes of the first season. A second season was ordered last month. Filming begins for the season two on August 22 in Los Angeles, Cullen said, with that airing likely next March.

“I have a six-year deal,” Cullen said. “I have a feeling it will be on for more than two years. I’m happy to be part of season two, and I’m excited about the prospects of the show.”

There is much material to cover as the Lakers and Magic won another title in 1982, lost in the finals to Philadelphia and to Boston in 1983 and ’84, respectively, before beating Boston for the title in 1985 and ’87 and beating Detroit for the 1988 championship. The Lakers lost to Detroit in the 1989 finals and to Chicago in 1991.

The first season began with Johnson learning he has AIDS (Acquired Immune Deficiency Syndrome) on Nov. 5, 1991, then the show immediately returns to 1979. It would likely need at least a third or fourth year to return to its beginning and reach Johnson’s AIDS announcement on Nov. 7, 1991.

“Young people who have watched it have asked me, ‘Why’d Magic’s driver cry in the car in the first sequence? What was that about?’ They didn’t realize that was the day he was diagnosed,” Cullen said. “But they were’t alive then.”

Many viewers may also not realize that the Lakers’ 123-107 win over Philadephia in game six in 1980 was televised live on CBS that Friday night in prime time only in eight cities – Los Angeles, San Francisco and Sacramento in California, Philadelphia, Portland, Oregon, Seattle, Las Vegas and Reno, Nevada. The rest of the country didn’t get to see it until 11:30 p.m. eastern time because the “Dukes of Hazzard” and “Dallas” had the 8 p.m. and 9 p.m. eastern time slots on CBS before the news And, get this, both shows were already in reruns.

“I think bowling was getting more viewers than the NBA in the late ’70s,” Cullen said. “It’s fascinating how the NBA became a multi-billion industry because of the Lakers and their rivalry with the Celtics and Magic and Larry Bird after it was in such dire condition in the late 1970s.”