The fierce battle among the streaming service added two players in 2020 with the launches of HBO Max and Peacock, and the premium channels on linear television simultaneously collapsed. According to Variety, half of HBO’s adult audience in the focused linear 18-49 demographic disappeared.

As the report notes, some of the lost viewers are now consuming HBO’s shows via its streaming platforms, though streaming likely doesn’t explain the entire mass exodus.

2020 was the first year since 2011 that HBO didn’t air or tease a new season of Game of Thrones. GoT was the sole reason that some households subscribed to the premium network. Each episode of the much-ridiculed final season averaged 12 million viewers on broadcast TV. That’s more than evening news broadcasts.

When Michael Jordan retired, the NBA didn’t have a replacement ready. There wasn’t a substitute for MJ. HBO finds itself in the same situation since GoT‘s ending.

HBO remains the leader of quality content, with Succession, Barry, and the new HBO Max exclusive The Flight Attendant. Yet none of them have successfully captured the widespread interest of HBO’s past top programs.

More concerning for HBO is its competition. Netflix has Stranger Things, Ozark, and The Witcher. Netflix also dominates the mini-series discussion. In 2020, Tiger King and The Queen’s Gambit led the mini-series medium by a comfortable margin. HBO does not have a current show that can compete with Netflix’s new lineup. And the most popular non-Netflix show, The Mandalorian, is on Disney+.

Executives at HBO are probably holding out hope, knowing that the upcoming GoT prequel could be its answer. House of the Dragon is slated for a 2022 release. Should the prequel garner 50% of its predecessor’s reach, it will instantly claim the throne atop the TV/streaming world.

And it could, but there are doubts.

The GoT universe never took off as planned after the show’s finale. George R.R. Martin still hasn’t finished the Winds of Winter, and the demand for a return to Westeros is almost nonexistent. For that, blame showrunners David Benioff and D. B. Weiss for their D+ effort in the show’s C- ending. GoT‘s final season was the last time both the Left and Right agreed on any topic. They both hated it. For House of the Dragon to recapture the interest, it must hit in Season 1. A slow start will further damage the brand’s future.

With the fragmentation of the streaming wars, HBO may never gain back all of its lost subscribers, but that shouldn’t be its end goal anyway. Instead, HBO must regain its spot as the gold standard of the industry. Peacock may be content to be just a player in the streaming wars, but not HBO Max. HBO wants to win it. 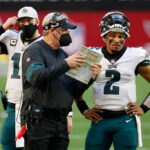 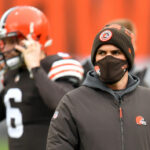