An Illinois woman nearly got away with using a fake COVID vaccine card, but one major misspelling stood out to Hawaiian officials who began hunting down 24-year-old Chloe Mrozak.

The state officials became suspicious of Mrozak’s vaxx card when they saw Moderna spelled “Maderna.” That was in. Bells started going off in the heads of the COVID police. All points bulletin! According to the Hawaii Department of Public Safety, investigators tried to hunt down Mrozak at the hotel she listed on travel documents, but that information was wrong so they had to wait for her at the airport when she tried to fly back to the mainland.

And then it went down. The COVID police arrested Mrozak and, according to CBS Chicago, she is now in a Honolulu jail. The TV station reports the vaxx card states she got the “Maderna” shot in Delaware, but Hawaii’s COVID police tried to track down her record with Delaware agents and determined that was also a lie.

Just stop and think of the times we’re living in. The bad girls club used to include women like Chloe getting into catfights on Bourbon Street or using a fake to get into a college bar. Now we have 24-year-olds battling state COVID police with heavy stock cards from Office Max.

Take me back to the times when 20-year-olds used fake Hawaiian driver’s licenses to get into $1 Long Island Iced Tea night. 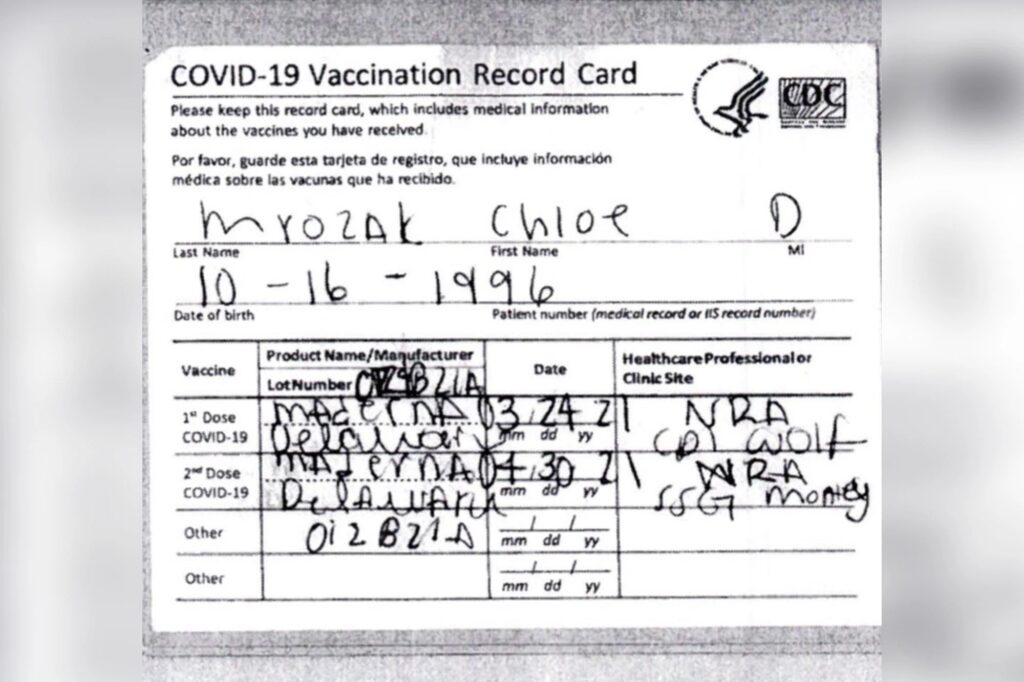