That’s right, “Down to F–k” pills to go along with the ‘O’ and vagina candles. Ladies, Gwyneth Paltrow is giving you all the tools necessary to stop using excuses like “it’s been a long week,” or “I had too much queso at dinner.”

Now all you have to do is pop this pill sold by Paltrow’s company and you’ll be “down to f–k.” That’s right, just that easy.

“It’s not just about sex: It’s about supporting our pursuit of more pleasure, more often. And yes, we chose to name it DTF. It can be a joke we share,” Paltrow said in the press release. “We’re not ashamed to say we wanted help shifting our sex drive into gear. And we also know we’re not alone — everyday stress and anxiety, hormonal fluctuations and fatigue can all impact female libido and sexual health.” 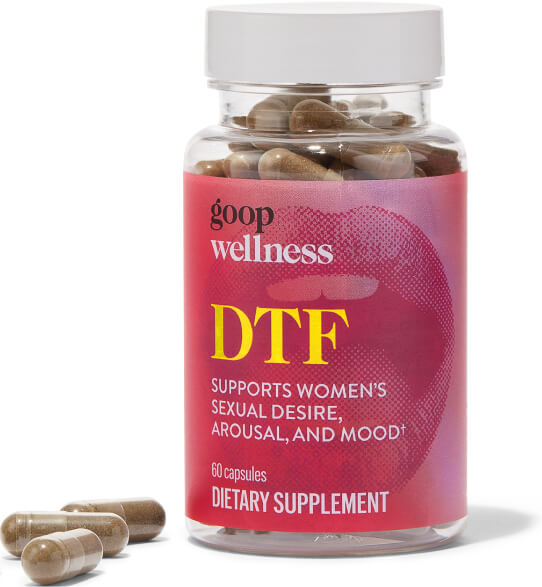 Think about where we have come as a society. Women used to be DTF after going to a Rod Stewart show. Women used to be DTF via a 1978 Camaro and Bad Company pumping through the tape deck. And, according to the movies, women typically were DTF after a night of stargazing on the hood of a 1977 Chevy Malibu that had a hood the size of a king-size bed.

Now a pill can do the work of a guy who used to go through the trouble of buying flowers, making a romantic dinner, mowing the lawn, and acting like he didn’t mind missing a key football game in order to spend time with his wife or girlfriend.

But will women really use a DTF pill? Or do they really want that alone time on the couch with a good book on a tablet? At $50 for a 60-pill bottle (that’s the subscription price!) it feels like Gwyneth has her marketing work cut out for her on this one.