Graham Mertz, the star redshirt freshman quarterback for my alma mater Wisconsin, is in limbo after initially testing positive for COVID-19. We have not yet heard results of a PCR test administered to confirm the diagnosis. If it does, Mertz will miss 21 days due to onerous Big Ten protocols, which are far stricter than CDC guidelines. Many games may be canceled as a result, and as the late conference schedule has no margin for error, they would not be rescheduled.

Mertz was set to be the second stringer until Jack Coan went down with a foot injury during camp, and now his backup, Chase Wolf, is likewise entangled in COVID protocols, according to Jeff Potrykus of the Milwaukee Journal-Sentinel. This means that the Badgers are down to their fourth-string quarterback, redshirt junior Danny Vanden Boom. One of their running backs, Garrett Groshek, was also a dual-threat quarterback in high school so perhaps we may see Groshek running the wildcat a bit if Mertz and Wolf are indeed out against Nebraska, Purdue, and Michigan.

In some ways, the Big Ten set up its own teams for failure. The 21-day quarantine rule is too long, given what we know about the virus. CDC guidelines recommend that people who have been exposed to COVID-19 quarantine for only 14 days. People who have the virus are advised to self-isolate for 10 days after their symptoms first appear. Those who are asymptomatic should do so for 10 days after receiving positive test results.

The Big Ten also demands that anytime more than five percent of a team tests positive on a seven-day rolling average, the team must shut down for at least a week. It’s not difficult to see that this rule will make it difficult for the Ohio State Buckeyes (or any other Big Ten team) to compete for a spot in the College Football Playoffs. Chances are that they or their opponent will exceed the arbitrary threshold and have to cancel games.

The SEC, ACC, and Big 12 guidelines all stipulate that a player who tests positive must be out for 10 days and that teams must have 53 scholarship players suited up in order for games to take place. By starting sooner than the Big Ten, those conferences built flexibility into their schedules so that games could be postponed instead of canceled.

The Big Ten deserves credit for reversing course and returning to the field, but their protocols are too strict. They should now reverse course once again and adopt CDC guidelines instead. 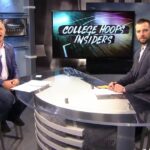 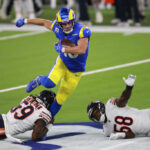