Is Dabo Swinney to the Jacksonville Jaguars with Trevor Lawrence in a package deal a possibility in 2021? It’s not out of the question, according to former NFL general manager Mike Tannenbaum who, speaking today on “Get Up,” said Jacksonville would be a great place to dip his toes in the NFL with everything lining up.

“There’s a lot of speculation that Dabo Swinney, who’s been on the short list of multiple head coaching searches, could be a coach that teams want to talk about,” Tannenbaum said. “This would be the perfect storm and here’s why. He’s immensely popular in that area of the country and if he can go with Trevor Lawrence right down the road to Jacksonville, with all those picks and cap room, that’s the ideal situation. I know from talking to a number of NFL general managers, they see Dabo in the same mold as Pete Carroll. A high energy guy. Pete Carroll has been a coach in the college and the pros. If Dabo Swinney was going to do it, and that’s a big if, this would be the perfect situation…If Swinney would ever go, this would be the perfect storm to do it with, following this season.”

The Jags appear to be ready to go full tank in 2020 after trading defensive end Yannick Ngakoue, releasing Leonard Fournette, spending next to nothing at the quarterback position (Joshua Dobbs, Mike Glennon, Jake Luton and Gardner Minshew are in camp) and four picks in the first two rounds of the 2021 draft.

Dabo could stroll into town and have this opportunity to build his own team and presumably take Lawrence with the No. 1 pick if the 2020 Jags can properly tank:

here's a list of the 2017 AFC South Division Champion Jaguars players still on the team pic.twitter.com/RwdWYw213j 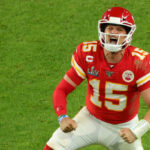 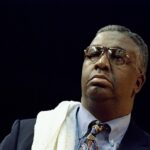