Dee Anderson, who spent three seasons at LSU and one year at Oklahoma State, is now in the transfer portal as a graduate transfer, and he apparently had some trouble paying his yacht tab in Miami over the weekend. Omar Thompson, who runs a Miami-based lifestyle concierge service that caters to athletes and people with money to burn on yachts, exotic cars and high-end accommodations, would like to have a word with Mr. Anderson over a yacht tab that needs to be paid.

For more context, Thompson was the concierge who handled Isaiah Wilson’s yacht party on New Year’s Eve that eventually led to the Titans No. 1 pick in 2020 being cut. Anderson attended the party as well.

“I only do good business,” Thompson wrote on Instagram Story over the weekend. “Sometimes I’ll get people who try to skip out on their tabs. [Dee Anderson] pay your $1,600 for yacht you owe. Thought ya was balling. Smh bad business. Don’t do business with this kid.” 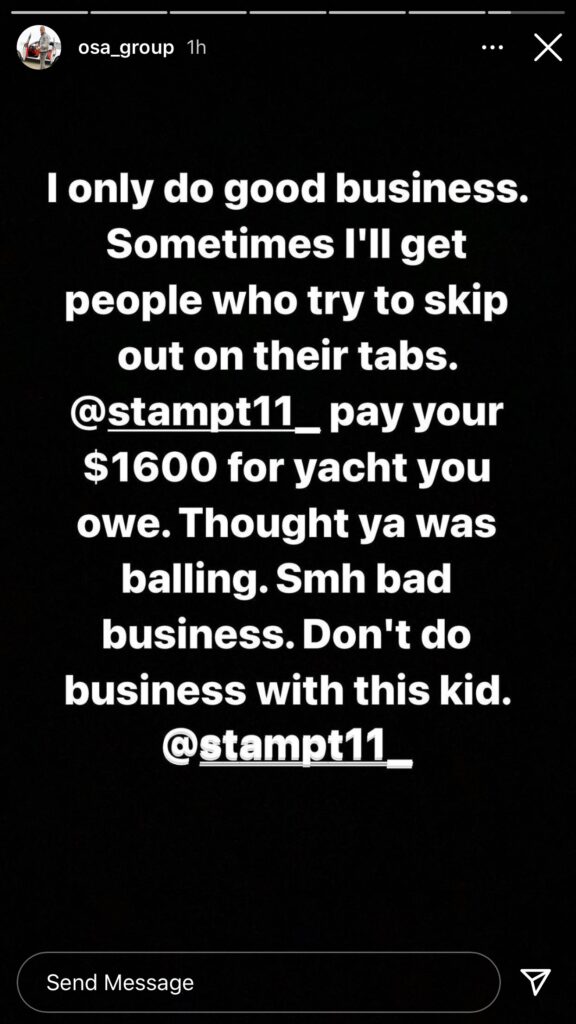 Meanwhile, Anderson, who was suspended by Ed Orgeron during LSU’s national championship season, doesn’t seem fazed by Thompson calling him out. The wide receiver seems to be loving Miami. Perhaps Anderson underestimated how far his stimmy would stretch in Miami and overextended his budget with the yacht rental.

No Lie. I Love Miami🤧

A four-star recruit out of DeSoto, Texas, Anderson had just 27 catches for 392 yards and one touchdown for the Tigers during his career in Baton Rouge. Then he went to Oklahoma State where he had one catch for 14 yards. Now the 6’6 wide receiver is looking for yet another school that will have him in 2021.

So not only is Dee now an unemployed transfer portal wide receiver, but he’s also working on being blacklisted for future Miami yacht rentals. Life comes at you fast after college.