Abay Holmes, a 21-year-old former college football player, was charged with giving a false statement, name and date of birth to police after they figured out that Holmes had been posing as a homeless 14-year-old high school freshman at a Georgia high school.

Holmes, a 6’1 cornerback who lasted long enough at Georgia Military College in Milledgeville, Georgia to get a bio page, had fooled Baldwin County High School into thinking he was a freshman and started taking classes virtually. Whatever Holmes was up to came to a screaching halt when a woman who had taken him in (because he was pretending to be homeless) kicked him out.

WMAZ reports cops came into the picture when Holmes (who has a robust MaxPreps page from his high school days) decided he would try to take the school laptop.

“According to an incident report, a woman in Milledgeville took in Holmes and he was enrolled virtually at Baldwin County High School. He was given a laptop by the school district to complete his school work.

“King says this arrangement lasted a few days until Tuesday, August 25, when Holmes became ‘unruly’ and the woman kicked him out of her home. Police were called when he tried to take the laptop with him.”

At this point it’s unclear what Holmes was up to. Was he trying to play some football? Cops don’t think he was up to predatory actions. He did have something to say in early August about football seasons being canceled.

Let’s think about this for a minute. Did Holmes hatch a plan where he’d be a freshman, go to school virtually, build a relationship with the football coach and then come out and play? It’s very plausible. He’d dominate as a freshman, the recruiting services would take notice and who knows what the plan was after that. 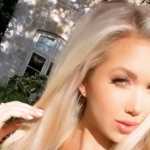