As the number of confirmed coronavirus cases surged in Florida, Texas, and Arizona over the past six weeks a breathless media covered the daily numbers with fever pitch intensity. America was in the grips of a second wave they gleefully reported, the deaths we’d seen in New York were now poised to descend upon red states that had opened up too quickly.

And then, just as the media feeding frenzy was poised to take off to unimaginable levels, the deaths never came.

The peaks of these hospitalization outbreaks in Florida, Texas, and Arizona came and went and look at the results left behind: New York is still off the charts when it comes to coronavirus deaths and the governors of Florida, Texas, and Arizona have done a pretty good job of keeping their economies, hospitals, and states open while managing the virus increases. Their results were not similar at all to New York’s.

Here are the deaths per 1 million rate in this country for all fifty states:

As you can see, Arizona, Texas and Florida have done infinitely better managing this virus than New York did and, quite honestly, the states aren’t particularly remarkable within the context of the other fifty states coronavirus death rates.

But you also see something else on this chart, look how much worse New York (and New Jersey) are than any other state in the country. In fact, it’s not just that New York and New Jersey are awful compared to the other states in this country. These two states literally have the worst death rate in the entire world.

By a huge margin.

Look at the data comparing New York and New Jersey to death rates anywhere else in the world on a per capita basis:

I mean, this is flat out unbelievable.

There were five northeastern states with a higher coronavirus death rate than anywhere else in the world.

Which is why the number one story in America ought to be the divergent outcomes in the nation’s four most populous states. California, Florida and Texas have managed the coronavirus with minimal loss of life while New York’s disastrous situation has continued to slide under the radar. But as more data comes rolling in New York’s performance looks worse and worse.

Put frankly, it’s impossible to have done a worse job than Andrew Cuomo did.

That’s especially the case given the fact that Florida, Texas, and California all now have more confirmed cases than New York and a fraction of the death rate.

Consider total confirmed cases as of this morning:

Now look at the total deaths:

That’s pretty glaring. How is every media member not looking at this data and asking the question, “How is it possible that New York has fewer cases and more deaths than California, Texas, and Florida combined? Especially when Florida, Texas, and California have 90 million people living in their three states compared to New York’s 19.5 million.”

Indeed, New York’s bungled response to this virus led to almost every other outbreak in this country. (The people who fled New York spread it across the entire country.)

Which is why New York’s data becomes even more troubling when you break it down by population.

Look at the death rate per 1 million in our nation’s four most populous states:

New York (and New Jersey) have the two highest coronavirus death rates in the world. In. The. World. If New York had a death rate equal to the average of Florida, Texas, or California, our nation’s three most populous states, it would have had 4,100 people die instead of 32,780. There’s no other way to put this: the leadership of New York governor Andrew Cuomo — and New York City Mayor Bill de Blasio — directly contributed to tens of thousands of additional, and unnecessary, deaths in New York state.

Or even come close to happening.

Indeed, Florida today reported its lowest number of new daily infections in over a month — 4,866, the lowest positive case percentage in over a month as well, and a decline in deaths of 60% from last Monday.

Want an even wilder stat? This is for our buddy, King of the Coronabros, Darren Rovell, the 11 state SEC footprint, that’s Florida, Texas, Georgia, Tennessee, Missouri, South Carolina, Alabama, Mississippi, Arkansas, Kentucky, and Louisiana have fewer deaths than New York state by itself.

That’s despite the 11 SEC states having a population of over 100 million compared to New York’s 19.5 million.

If New York State had been able to equal the same coronavirus performance as the SEC states, New York would have had 26,000 fewer deaths.

Put simply, this protection of Andrew Cuomo is insanity.

We don’t really have a nationwide coronavirus issue, we had a complete collapse of governance in the northeast back in March and April and it led to a panic that caused tens of thousands of unnecessary deaths.

Politicians in New York didn’t just do an awful job of protecting their states, they may have been criminally negligent. 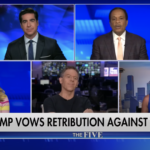 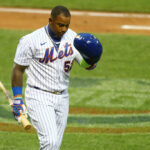