Florida Man Douglas Allen Hatley, 71, was up to no good Monday morning. The Florida Highway Patrol caught him driving around with a downed power pole on top of his 1997 Toyota Camry. Hatley told police he found the pole on Interstate 4 near Tampa and had already tried to sell it for scrap before the FHP stopped him.

“The pole had been tied to the roof with cord that was run through the front bumper and the rear windows,” according to the Tampa Bay Times.

Police charged Doug with grand theft. He was arrested on the same charge in 2017 when he was also popped for dealing in stolen property.

It feels like there should be some sort of rewards system whenever Florida Man comes up with a unique way to steal a power pole. Sure, it’s grand theft, but it feels like should receive a reduced charge based on the fact that he even got the pole on top of his Camry. The guy is 71. He somehow muscled that pole up there and went through the whole process of wiring it in place. The last time I saw a Florida Man trying to scrap a power pole was back in 2017 when two guys strapped a $2,500 pole to the top of a Kia SUV.

Doug was a one-man-show Monday morning. Bonus points. Give him a slap on the wrist and tell him to not do it again. There’s no need to overpopulated the jail system with this one. 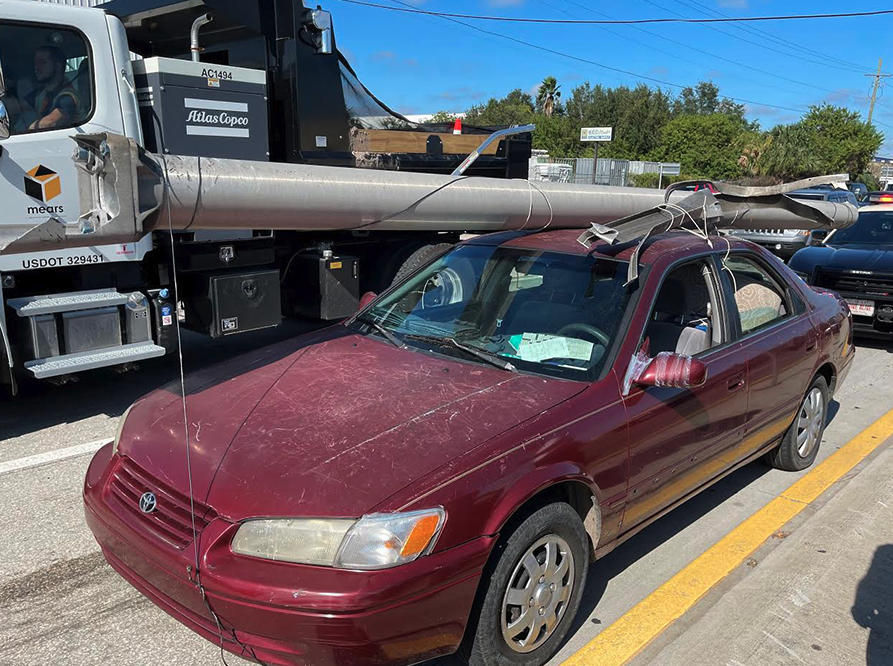