KNOXVILLE — Talk about making a splash in your second season as head football coach! Josh Heupel and his Vols just landed a commitment from 5-star 2023 QB Nico Iamaleava on Monday afternoon.

The 6-foot-5, 195-pound prospect out of Long Beach Poly (Calif.) is currently ranked No. 3 in the country, according to 247Sports, behind Malachi Nelson and Arch Manning. Iamaleava is currently ranked as a 5-star by recruiting companies throughout the country, which could make this one of the biggest signings the Vols have had in a very long time. According to some recruiting sites, Nico is the highest rated QB recruit since Peyton Manning.

Tennessee beat out other schools like Alabama, Georgia, Oregon and Miami for the highly-touted quarterback.

There is no doubt the Vols have had the inside track on this battle since Heupel landed in Knoxville, as he and his staff focused all their attention on landing the California kid. Iamaleava was recently in Knoxville with his entire family to take an unofficial visit and to attend a Tennessee basketball game, during which the student section started a “Nico” chant. It did the trick, as Iamaleava later called the chant “a blessing.” Simply put, this recruiting staff knew what they were doing when they brought Iamaleava to campus and will get him back in Knoxville for an official visit in April, joining other top prospects from across the country. 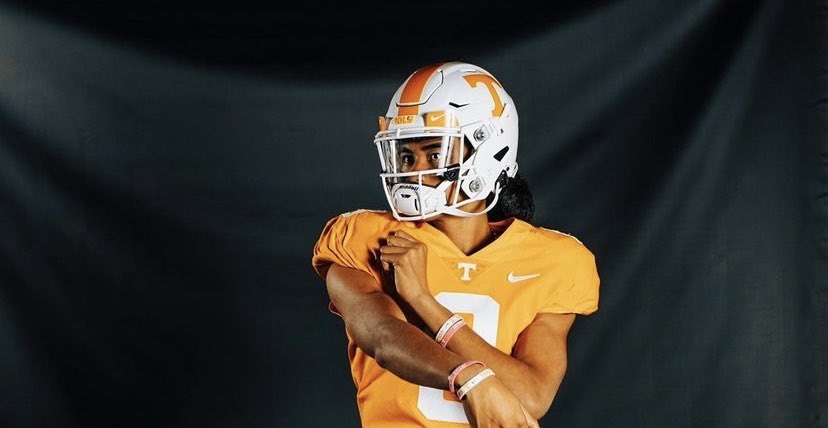 As of right now, he has just made a verbal commitment to Tennessee. If and when he actually puts his name to paper next December, he will join the likes of Casey Clausen and James Banks as QBs who signed with the Vols as a composite 5-star.

The overall strength of this commitment is a statement to other teams around the country that the Vols are not going to play second-fiddle to others in the NIL game. This will serve as notice that if the game is going to be played, then Tennessee is ready to be one of the leaders in the pack.

But this is bigger than those two names, Nico will be the type of quarterback that springboards Tennessee into contention for better players on the offensive side of the ball. The impact of this commitment cannot be understated, because now he will get to work on recruiting other stud prospects to join him in Knoxville.

If you were looking for the future in regards to the Tennessee offense, Nico is the big time start that the Vols needed on the recruiting trail. Iamaleava is one of those players that you build an offense around and one that attracts other high profile players to join him. This is exactly what Josh Heupel and his staff needed and they put the full-court press on him since they stepped foot in Knoxville. This is a major win for Tennessee and one that could start the dominoes falling for the 2023 class.

Lamaleava is talented and has a gunslinger of an arm and the ability to scramble, which reminds some experts of Marcus Mariota, and we all know what he did at Oregon.

It’s clear that Name, Image and Likeness played a factor here, and the young quarterback will benefit greatly from NIL during his time in Knoxville. This will also set the Vols up to be major players for other high profile recruits when it comes to the NIL game, which has taken over college football.

The Vols now have their quarterback for the present and for the future. Hendon Hooker is coming up on his final season in Knoxville, and then Iamaleava will hopefully be ready to take the reins from there.

Today was a good day for Vols fans and coaching staff, especially with spring practice starting on Tuesday.