The lines posted in this article come the way of our good friends at the FanDuel Sportsbook. New users get an insane 25/1 boost for Wild Card weekend. Bet $5 on any team to win outright, and if they do, you win $125! Lock in this offer by clicking this link.

Iowa Residents: As of January 1st, 2021 new FanDuel Sportsbook users no longer need to visit a casino or sportsbook. Simply click here to register, deposit, and bet from the comfort of your home or wherever there is internet access.

It’s never too early for sports bettors to start looking at the weekend’s slate, and we now have 17 weeks of data at our disposal to help us identify value.

As a handicapper, I think it’s imperative to monitor movement from the moment the lines are released. Our goal is to find the value at its peak to get the best line possible. The value won’t ever come for some spreads, but like everything else, a game plan is necessary to maximize our bets.

This preview’s goal isn’t to persuade you to pick a side (my picks will release Thursday) but to give you my game plan on how I’ll identify the best lines for each team in each game. Some spreads are safe to take now, while patience is a virtue for others. If you see a number you like, don’t think twice. Take the price that makes you most comfortable.

This week, I’ve done all the work for you. Ahead is how I’m approaching the NFC Wild Card slate.

A couple of notes before we get started: First, a popular way to find an edge is in investigating the injury reports. OutKick partner Dr. David Chao and his website, ProFootballDoc.com, are invaluable resources for injury news. I wholeheartedly recommend his site for up-to-date injury news and analysis. He’s the source for injury information in this preview.

Second, we have to keep an open mind about COVID-19 outbreaks. It can and already has happened to a game this week. If you want to wait until game day to make your selections, it’s completely understandable. If nothing else, read on for ideas on gauging value for next season, when things are hopefully back to normal.

Now, for the good stuff.

Here’s one of the most intriguing storylines of Wild Card weekend. We’ve got two NFC West teams who know each other well. Both teams beat each other once in the regular season. Most recently, the Seahawks beat the Rams 20-9 on December 27. That game’s spread hovered around a pick, while this week has the Seahawks laying 4 points early (line opened at 4.5), making them the favorites. No matter which way you’re leaning, here’s how to strike the iron while it’s hot.

Seahawks backers: The spread differential likely relates to the availability of Jared Goff, who had surgery last week to repair a broken thumb. If the Rams start backup quarterback John Wolford, expect the Seahawks number to increase. If they start Goff, this spread has a chance to get within a field goal. We must monitor Goff’s status this week and try to get intel on how his thumb affects his passing ability in practice. For me, the must-take line is -3 or better, whether he plays or not, but it’s looking like this price is keeping firm until we get more information on Goff. You can take this spread now, but I’m waiting to see how it reacts mid-week.

Rams backers: If you’re on this side, chances are you expect Goff to play. There’s a lot to love about the Rams defense, especially considering that Seahawks quarterback Russell Wilson has struggled against elite defenses this season. Both of their two meetings ended in an under. Playoff football typically favors the defense, and the Rams have the best defense in the NFL. There’s value at +4, and if the number grows, it’s even better. I do, however, expect this line to close a bit if Goff plays, so take at most comfortable.

Somebody had to win the NFC East. Football Team (7-9) will host the Bucs (11-5) in a primetime battle. Tampa Bay is expected to lay 8.5 points as a road favorite, making the Football Team an intriguing home underdog for some. Washington has a formidable defense, led by one of the best players in the NFL, Chase Young, though one can argue they haven’t faced an offense quite as good as the Bucs’. Still, at more than a touchdown, the oddsmakers made this a solid line, and I can make a case for both teams.

Buccaneers backers: I think the best value is long gone. This line opened at -7.5 and continues to grow, thanks to a high-powered Bucs offense expected to score points and a Washington offense that is unlikely to match it. The Bucs defense is no slouch, and they expect to have Devin Bush, Shaquil Barrett, and Steve McClendon back, per Dr. Chao. If you’re on the Bucs side, I truly see this as a “get in where you can” spread because it’ll likely grow. I’m comfortable taking it now.

Washington backers: An 8.5-point spread is a lot for any team to cover, much less one going up against the upper echelon of defenses like that of the Football Team. The WFT defense is for real, and Chase Young can cause major fits to Tom Brady, who might be without Mike Evans. Because I anticipate the betting public to move this line through Saturday night, my recommendation is to sit back, watch this line grow, and hit it on gameday when the public mostly bets. The public will be on the Bucs.

This game rounds out the NFC Wild Card slate. Despite losing to the Packers by double-digits last Sunday, the Bears found themselves in the playoffs, thanks to the Cardinals’ loss to John Wolford’s Rams. The Bears are amongst the hottest teams in the NFL right now, winning three of their last four games. They’re taking on the Saints, who have been hot all year and who finished as the NFC’s second seed. The Saints are likely to have Michael Thomas back on Sunday, and possibly Alvin Kamara, if he’s cleared from the COVID-19/reserve list. The Saints are laying 9.5 points as home favorites against the Bears.

Saints backers: If you feel 9.5 points is a lot to cover, it is. However, everyone saw Green Bay destroy Chicago on the road last Sunday. The Saints could, too, since the Bears are lucky even to be in this game. I firmly believe the Saints are one of the two best teams in the NFL, and based on Chicago’s performance last week, a double-digit win for New Orleans isn’t remotely out of the realm of possibility. If you love them, don’t think twice. Take them now, as the number most likely won’t decrease, especially if Kamara is active. That said, I’m waiting to see if I can get them at 8.5 points without buying them. I’m not waiting long, though. By game day, the opportunity will likely have passed.

Chicago backers: I won’t lie to you guys. I’ll probably be on the other side, but if you’re the type to back home underdogs, your situation is similar to Washington’s. Sit back, relax, and watch this line grow. Your best value will likely come on game day.

I hope the ideas and methods laid out here assist your decision-making this weekend. My game plan isn’t foolproof, but it helps ensure we get the best value on all our bets. Based on prior betting experience, I think that the NFL playoffs feature the sharpest lines of the season. It’s likely that nothing will drastically move, but a point can make a world of difference.

Some betting rules to live by: Stay ready, so you don’t have to get ready. Never force a bet. If you love it, take it. If you don’t, leave it. There’s plenty of games to get action on later. Don’t ever bet on the Falcons.

I hope you enjoyed this read. Best of luck this weekend!

And don’t forget, new users get that insane 25/1 boost for Wild Card weekend on FanDuel. Bet $5 on any team to win outright, and if they do, you win $125! Click this link for the offer. 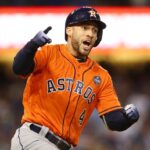 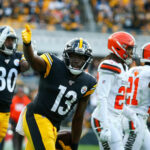