The lines posted in this article come the way of our good friends at the FanDuel Sportsbook. New users get an insane 25/1 boost for Wild Card weekend. Bet $5 on any team to win outright, and if they do, you win $125! Lock in this offer by clicking this link.

Iowa Residents: As of January 1st, 2021 new FanDuel Sportsbook users no longer need to visit a casino or sportsbook. Simply click here to register, deposit, and bet from the comfort of your home or wherever you have internet access.

It’s never too early for sports bettors to start looking at the weekend’s slate, and we now have 17 weeks of data at our disposal to help us identify value.

As a handicapper, I believe it’s imperative to monitor movement from the moment lines are released. Our goal is to find the value at its peak to get the best line possible. The value won’t ever come for some spreads, but like everything else, a game plan is necessary to maximize our bets.

This preview’s goal isn’t to persuade you to pick a side (my picks will release Thursday) but to give you my game plan on how I’ll identify the best lines for each team in each game. Some spreads are safe to take now, while patience is a virtue for others. If you see a number you like, don’t think twice. Take the price that makes you most comfortable.

This week, I’ve done all the work for you. Ahead is how I’m approaching the AFC Wild Card slate.

A couple of notes before we get started: First, I don’t bet on every game. I look for an edge in all of them, though. The sportsbook may always win, but that doesn’t mean you can’t win too. Exploiting soft lines is an invaluable skill to hone, and there are a few ways to identify them, so hopefully, I teach you a new one in this piece.

Second, we have to keep an open mind about COVID-19 outbreaks. It can and already has happened to a game this week. If you want to wait until game day to make your selections, it’s completely understandable. If nothing else, read on for ideas on gauging value for next season, when things are hopefully back to normal.

Now, for the good stuff.

The only AFC game on Saturday might be the best of them all. The Bills, who have arguably the hottest offense in football, host the Indianapolis Colts. Interestingly enough, the Bills helped Indianapolis get into the playoffs after beating Miami last Sunday. Both squads won 10 games or more and feature solid offenses that don’t turn the ball over. Neither team has any new glaring holes caused by injury either. It’s the healthiest game, according to Dr. David Chao’s injury index.

The oddsmakers set this line at Buffalo -6.5, and it hasn’t moved much. For the record, this game is likely a no play for me, unless we see a drastic shift in movement favoring a Colts backdoor cover. I love both teams.

Colts backers: The public is going to be on the Bills. Buffalo is already commanding 83% of tickets, according to numberFire. But if you’re backing the Colts, you know they have plenty of ability to cover as a road underdog or even to win outright. The more this line grows, the better for you, so I suggest waiting until game day. If this drastically swings to something ridiculous like +10 (extremely unlikely), give me the Colts to cover a big spread immediately. Keep tabs and consider it for a teaser.

Bills backers: Buffalo’s offense looks unbeatable right now. They’re not just winning games. They’re winning games BIG. I’m not too fond of betting games on a -6.5 hook, but this line is trending toward -7. The collective belief is that the Bills win by more. With that in mind, there’s enough value to take it now. However, if I’m backing Buffalo, I’m buying a half-point to get it at -6, the best number.

Here’s another incredible matchup featuring the top-2 rushing teams in the NFL. Both are top-10 in scoring, hence the total sitting at 54.5 right now. The Ravens come in as 3-point favorites, despite losing to the Titans in both of their 2020 meetings. Their most recent game had the Titans winning in overtime. The Ravens ripped off five straight wins to end the season, including a monster come-from-behind win over the Browns. If this matchup doesn’t get you pumped, are you even alive?

Ravens and Titans backers: This line probably won’t move much. It moved from 3.5 to 3 within the hour. According to numberFire, tickets are a dead even 50-50 split, indicating there’s plenty of money on both sides. As it stands, there’s no need to shop this. Barring a significant setback like COVID-19 or a ton of sharps hammering only one side, this is about as good as it’s going to get. Ravens backers, get this at -3 and consider buying to -2.5 to avoid a push. Titans backers should also take the +3 or Moneyline now (if you think they’ll win outright.)

The game closing the Wild Card round is one garnering all of sports media’s attention. The Browns can’t catch a break. They’re dealing with another week of COVID-19 outbreaks. At least two players and three coaches (including head coach Kevin Stefanski) have tested positive for the virus. The line will react mightily as the week continues. During this writing, the spread jumped from Steelers -5.5 to -6.

This game is a guaranteed no play for me because I don’t trust either team to cover their spread. But if this is a game you want to get action on, here’s how I’d play it:

Steelers backers: Get in where you can. If the last few weeks are any indication, your best line has already passed, and it likely doesn’t come back. Contact tracing now begins in Cleveland, so there’s a chance more Browns players miss this game. Lay as few points as you can, and hope Steelers receivers don’t butter their gloves pre-game.

Browns backers: Yesterday, this game would’ve garnered the same opinion as Titans-Ravens. Now you’re looking at a situation similar to the Bears’ and the Football Team’s. The Steelers are undoubtedly the public’s choice. Plus, there’s no telling how many more players won’t play due to positive tests and contact tracing. Last week, the line got to double-digits and saw a Browns cover. Sit on this until game day and watch the line grow.

I hope the ideas and methods laid out assist your decision-making this weekend. My game plan isn’t foolproof, but it helps ensure we get the best value on all our bets. Based on prior betting experience, I think the NFL playoffs feature the sharpest lines of the season. It’s likely that nothing will drastically move, but a point can make a world of difference.

Some betting rules to live by: Stay ready, so you don’t have to get ready. Never force a bet. If you love it, take it. If you don’t, leave it. There’s plenty of games to get action on later. Don’t ever bet on the Falcons.

I hope you enjoyed this read. Best of luck this weekend!

And don’t forget, new users get that insane 25/1 boost for Wild Card weekend on FanDuel. Bet $5 on any team to win outright, and if they do, you win $125! Click this link for the offer. 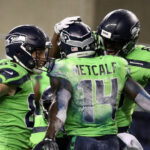 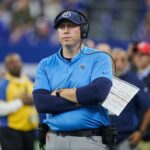