A 22-year-old Austrian man who ripped a nasty fart on a cop who was checking IDs at a park is arguing that ripping ass is a freedom of expression, according to court documents that have been released in the man’s case. The unnamed farter, who was fined $600 (USD) for farting on the cop, told a Vienna court that the bomb “was not intentional” and even if it were, he is just using his freedom of expression by letting one fly.

News outlets say it was a late June 2020 evening. COVID’s in the air. It was 4 a.m. and someone called in a noise complaint from the local park. Cops show up and want IDs. The man reportedly “lifted his buttocks and let a fart,” according to Kurier, which adds that poopy pants then grinned at the cop. Freedom of expression.

The courts weren’t having it.

Vice.com reports the judge in the case decided that farts and burps don’t contain “communicative content” and added that farting is still “a form of expression that transcends the boundaries [of] decency.” 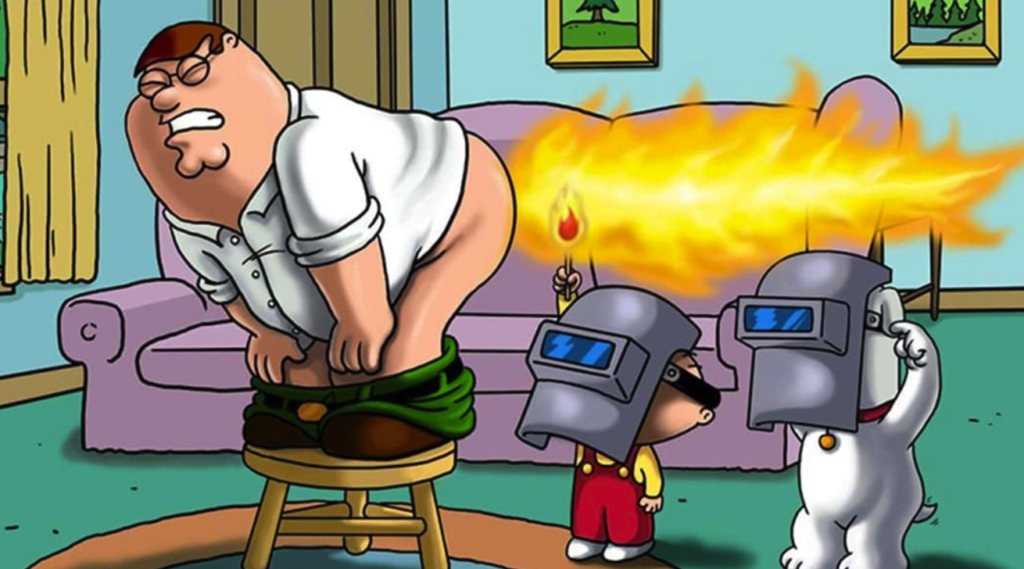 The judge did reduce the man’s fine from €500 euros to €100, but the farter and his lawyer say they’re not done fighting this case. “It’s a matter of principle for us,” the lawyer told media outlets, “because it’s petty to get a punishment for a fart.”

Here in the U.S., farting in Florida can turn violent as it did in 2018 when a woman ripped a nasty fart in line at a Dollar General, then pulled a knife and threatened to “gut” a guy who complained. Shanetta Yvette Wilson caught an aggravated assault charge in that case.

So if you plan on blasting ass and calling it freedom of expression, make sure you know all the laws out there. There’s even chatter that Florida has some sort of statute against farting in public after 6 p.m.

Now go out there and fart on your buddies at the golf course. There’s a very good chance they won’t try to kill you over it.