Imagine what would happen if an NFL analyst went on a national podcast and said he gets a happy feeling inside whenever Lamar Jackson does something dumb in a game because of what Jackson supporters post on their social media accounts.

Now take a listen to what ESPN’s Domonique Foxworth said on the Bomani Jones podcast. The former NFL defensive back pulled no punches in how he reacts whenever Josh Allen does something “dumb.” Foxworth gets happy because Allen supporters supposedly have American flags, dogs and skull and crossbones on their social media accounts.

The Patriot Project pointed out how Foxworth uses his biases to root against Allen.

“I am fully aware that I have biases. And my biases are not based on Josh Allen. It’s based on the people that are defending Josh Allen. I would be 100 percent lying if I said that when Josh does something dumb, a little part of me doesn’t get happy. And it’s not because I don’t want Josh to succeed,” Foxworth said.

“It’s because the people who are telling me that Josh is the second coming and Josh is better than everybody are people with American flags and dogs and skulls and crossbones. … If you go just take a dip into their tweet history, it’s some really concerning retweets and likes. … It’s not about Josh,” he concluded.

“Generally, I’m pro-player and I’m looking for ways to understand a player’s position and defend a player. But in Josh’s case, it’s not about him. He is the ground on which we are fighting.”

The interesting part in all this, besides Foxworth’s reasoning, is the fact that it’s unclear where or how Foxworth encounters so many Bills fans.

If you go into a Twitter advanced search for “Josh Allen” mentions where Bills fans tag Foxworth, it’s not exactly a murderers row of hate tweets. Go take a look and see for yourself.

It’s clear what we have here: Foxworth is baiting a fanbase that’s going to the playoffs and has a fresh, new target in the Bills and Allen to latch onto. Bait in the Bills fans and create a feud as a ratings play. 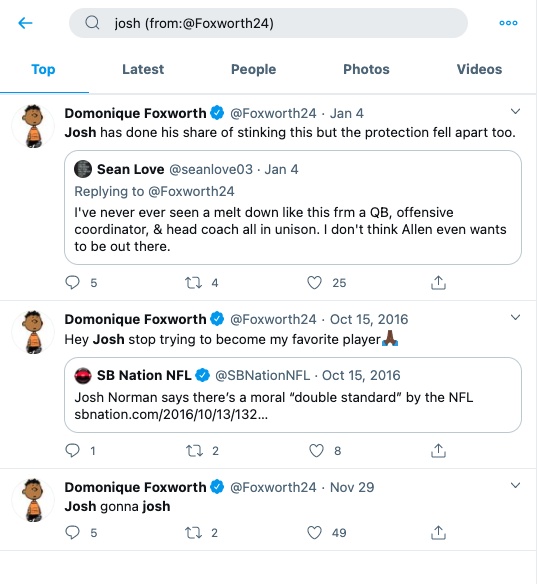 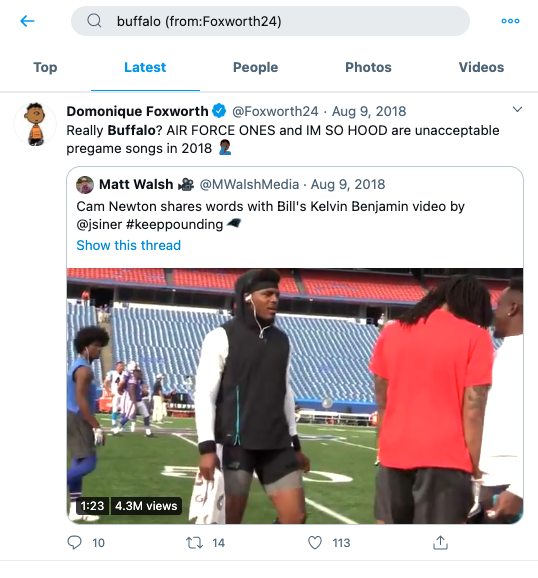 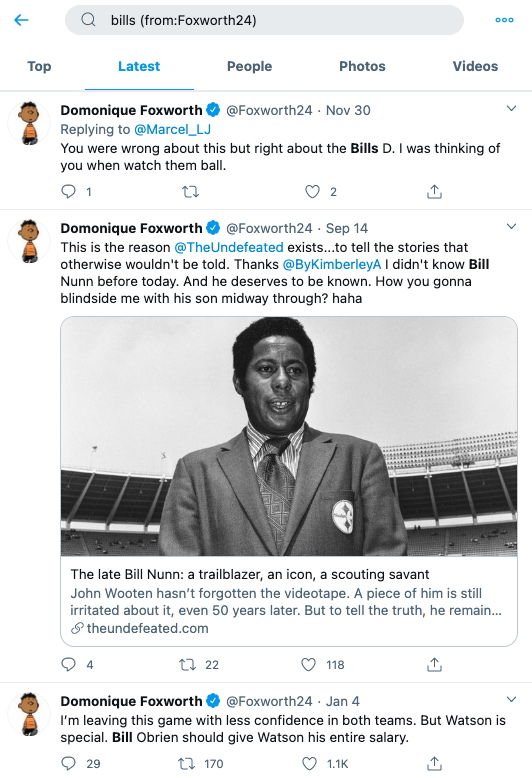