ESPN’s parent call announced its quarterly earnings on Tuesday, and a topic of conversation always interesting to sports media observers on these dates is how ESPN is doing with subscribers, which have been on a downward trend for the past five years.

Adding up some numbers shared by Disney CFO Christine McCarthy on the earnings call, ESPN is down in subscribers about 6 percent year-over-year. “Total Media Networks affiliate revenue increased 2%,” McCarthy said. “This was driven by seven points of growth from higher rates, offset by a four-point decline due to a decrease in subscribers, which benefited by about two points due to the launch of the ACC Network.”

While it’s a good thing for ESPN that they are raising their affiliate revenue faster than the rate at which they are losing subs, LightShed analyst Rich Greenfield (who is a years-long ESPN/Disney antagonist) shared a chart in which he declared that the cord-cutting is accelerating:

The industry does have a structural cord-cutting issue, but it warrants mentioning in this space that AT&T/DirecTV have a far bigger problem in this category than the rest of their competitors. They lost about a million subscribers this past quarter, and have lost about seven million subscribers — over a quarter of their base — in the last two years due to high costs and bad customer service. Comcast is “only” losing TV subscribers about half as fast. Dish isn’t losing them nearly as fast as AT&T/DirecTV either. Neither is Charter, which actually reversed industry trends and gained a modest amount of subscribers this past quarter.

To the extent the cable/satellite bundle is surviving, it’s being held together almost entirely by live sports and live news. It’s a tricky spot for Disney/ESPN and the whole industry. Cable/satellite bundles are becoming less popular, as the television marketplace fragments with direct-to-consumer streaming services like Netflix gain steam.

Why It Affects ESPN the Most

This trend affects everyone who carries live sports rights, not just ESPN, but ESPN loses the most from it because they have substantially higher affiliate fees than FS1, NBCSN, and CBS Sports Network. As of 2017, ESPN and its other networks were getting more than $9 per month for each subscriber, and that number has risen in the last several years.

On Disney’s earnings call Tuesday, an analyst asked if they would consider making ESPN a direct-to-consumer product.

“Let me first start off by saying that, on a macro level, you know, I think we understand the value of live sports,” answered Disney CEO Bob Chapek. “ESPN is the strongest brand in sports, and sports continue to be a driver of viewing interest. I think it’s evidenced by the fact that sports accounted for over 90 of the 100 most-viewed telecast on broadcast and cable in 2019. So, we’ve got a really strong position from a brand standpoint in a market that consumers love.”

“So, then the question is, how do we get it to the consumer?” Chapek continued. “And certainly, you asked if whether we’ve looked at a stronger direct-to-consumer proposition for ESPN. Absolutely. We’ve looked at everything. And when we think that we’ve got the most effective way to maximize shareholder value from the brand, the way we are right now. But as that changes over time, we’re certainly open to any and all options in terms of how we may be able to get our programs out to our consumers. And hopefully, we can talk a little bit more about this in our investor conference when we meet in the next few months.”

It will be fascinating to see how they will continue to adjust, because if they were to take their whole package direct-to-consumer as opposed to keeping it in a bundle it could ultimately wind up tripling or quadrupling costs for die-hard sports fans. 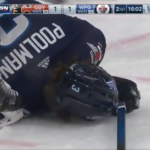 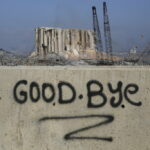