One of the major arguments I’ve made over the past couple of years is that ESPN abandoned sports in favor of mixing left wing politics with sports. It’s the thesis of my recently released bestselling book, “Republicans Buy Sneakers Too,” which it sounds like Disney CEO Bob Iger and ESPN president Jimmy Pitaro may have read. (Or at least had an underling read to see what I said).

Because the weekend before the book was released Disney CEO Bob Iger came out and said this to the Hollywood Reporter:

“I have nothing but praise for the job Jimmy Pitaro has done at ESPN. There’s been a big debate about whether ESPN should be focused more on what happens on the field of sport than what happens in terms of where sports is societally or politically. And Jimmy felt that the pendulum may have swung a little bit too far away from the field. And I happen to believe he was right. And it’s something, by the way, that I think John Skipper had come to recognize as well. But Jimmy coming in fresh has had the ability to address it, I think, far more aggressively and effectively. He has brought back some balance.”

Pitaro on the role politics play at ESPN #sbjsmt pic.twitter.com/1aD6wE35QG

“A good chunk of it (decisions and direction of the network) is based on data. And what I’ve heard consistently from day one of getting this job is the more we lean in to politically charged commentary the more we are alienating not just our core fan, but our casual fan.

And so, that is clear and convincing data that I’ve seen repeatedly. And so we’ve been very vocal that is not what we do. That is not who we are.”

Jimmy Pitaro, the new president of ESPN, is saying now what I’ve been telling you for the past two years. That ESPN’s new strategy of getting woke was bad for their business and bad for their brand.

Get woke and go broke.

As I write in my new book — which you absolutely should read — social media has convinced sports executives who should know better that what sports fans want is sports mixed with left wing politics. The problem? That’s exactly what fans don’t want.

A new study written about in The Atlantic even points out that so-called SJWs are only 8% of the overall population. Yet they are a much higher percentage of the social media population. So one of my big points in the book is that the media, which covers controversies and conflicts on social media like they represent real life, has been way overindexing social media as if it’s a reflection of real life as opposed to a fun house mirror version of real life.

I honestly think this is why our politics has gotten so rotten too, because the media is creating conflict where there isn’t much real conflict. In fact, a huge majority of Americans of all races and backgrounds absolutely despise woke, PC culture.

Turns out, everything that I’ve been writing and saying is completely correct. The data, even at ESPN, really does support all the arguments I’ve been making that have been labeled “controversial” by many in our industry.

So here we are, after two years of Disney and ESPN trotting out their PR people and stooge allies in the media to call me insane for saying exactly what they’re saying now, they’ve now shifted course and acknowledged I was right all along. They might as well have just said, “You know what? Clay Travis was right. We hate that cocky bastard, but all the data we see confirm what he’s been saying for the past couple of years. We screwed up by getting woke and we’re trying to make up for it now before we go broke.”

You know who else is doing this? The NFL. They’ve convinced all of their TV and media partners to simply stop covering players protesting. ESPN, CBS, NBC, and Fox have all agreed not to distract from the actual football games. (Think about it, do you even know how many people are kneeling now? It’s not talked about at all. That’s because the protest was killing the NFL’s business, driving ratings down nearly 20% since Kaepernick’s protest began).

And you know what’s happened now that all the networks stopped covering the protests?

Ratings have gone back up!

That’s because fans come to sports to escape the serious things in their life. When you stop beating them over the head with left wing politics guess what, they like football! It’s not rocket science, but sometimes I feel like people overthink things way too much. That’s easy to do because we’re so awash in daily data and opinion now that sometimes you miss the important things because of all the noise.

The more time you spend on social media, the less time you understand real life.

Honestly, all of these companies should be paying me millions and millions of dollars to consult with them. I could have helped them avoid this entire mess in the first place. It turns out Michael Jordan was correct, “Republicans buy sneakers, too.” If your business doesn’t require you to be involved in left wing (or right wing) politics, don’t do it.

In the meantime, what about all those people in the sports media who ripped me for writing and saying that ESPN going left wing was bad for business — often at the behest of Disney and ESPN — surely they are all pointing out that yours truly was correct, right?

Now to be fair to Pitaro he goes on to say there are exceptions to his no politics rule and cites Tiger Woods talking about Donald Trump and the national anthem issue as sports stories that intersect with politics that the network will still cover. But all of this is a question of degree — will you lead every story with it or will you tuck it behind actual sports stories? More importantly, will you promote and advance people on the opinion side of your network who don’t all believe Colin Kaepernick is a hero? I’m still waiting to see the answer to that — so far Will Cain is the only person with a non-far left opinion I’ve seen on any of their TV or radio programming — but it’s at least encouraging that ESPN has finally acknowledged they blew it by turning into WokeCenter.

So — dare I say it — after several years in the woke wilderness ESPN is starting to make smart decisions again now.

Hell, at this rate, before long they’re going to even be trying to hire me away from Fox to come work for them.

Okay, let’s not get crazy.

But, a small request now that your top executives agree with me, wouldn’t it at least make sense for you guys to unban me from your network since you initially banned me for sharing the opinions that you now agree with?

That seems like the least you guys could do now that, at long last, we’re in agreement, a least partially here.

In the meantime, I’m headed to the London Legoland with my boys.

(Also, since ESPN and I just became best friends. Venom is a highly underrated movie your kids will really love, go see it). 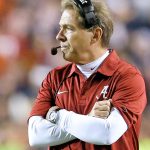