Putting that into perspective, that means nearly 20,000 people a day are leaving ESPN for each of the past two months.

If that annual average subscriber loss continued, ESPN would lose over seven million subscribers in the next 12 months. And at an absolute minimum, these 1.176 million lost subscribers in the past two months will lead to a yearly loss in revenue of over $100 million.

According to Nielsen ESPN now has 88.4 million cable and satellite subscribers, a precipitous decline from well over 100 million subscribers just a few years ago

Now, to be fair, ESPN fought Nielsen’s latest channel estimates last month and argued that those estimates failed to count the number of over-the-top subscribers the company has, but Nielsen reviewed their data and confirmed its findings, much to ESPN’s public dismay. Furthermore, there’s nothing preventing ESPN from revealing its subscriber data publicly. What’s more, ESPN cited Nielsen’s own subscriber estimates in its most recent 10k filing last week. If the subscriber numbers were that far off would you cite them in your own public releases for the Securities and Exchange Commission? That seems unlikely.

The rapid decline — and apparent escalation — in cable and satellite customers abandoning the bundle is the biggest story in sports, and there isn’t a close second. That’s why I’ve been writing about it for the past several years. Last month, in the wake of ESPN’s loss of 621,000 subscribers, I wrote the following:

According to SNL Kagan ESPN is on track to pay $7.3 billion in total rights fees in 2017. That’s more than any company in America.

Just nowhere near what they used to make.

But those sports rights costs are going up and those subscriber revenue numbers are going down.

So if we’re very conservative and project that ESPN continues to lose 3 million subscribers a year — well below the rate that they are currently losing subscribers — then the household numbers would look like this over the next five years:

At 74 million subscribers — Outkick’s projection for 2021 based on the past five years of subscriber losses — ESPN would be bringing in just over $6.2 billion a year in yearly subscriber fees at $7 a month. At $8 a month, assuming the subscriber costs per month keep climbing, that’s $7.1 billion in subscriber revenue. Both of those numbers are less than the yearly rights fees cost in 2017. (Remember that these yearly rights fee costs will keep rising in the years ahead too).

It seems pretty clear that within five years ESPN will be bringing in less subscriber revenue than they’ve committed for sports rights.

Sure, advertising money and ESPN2 and ESPNU have to be factored in as well, but you’d also have to add in every other cost that ESPN has to run multiple networks, employee salaries, technology, everything that a major corporation with thousands of worldwide employees has to keep up. And, importantly, you also have to factor in this, ESPN’s Monday Night Football contract expires at the end of 2021.

Can ESPN afford to bid on the NFL again?

And if ESPN can’t afford to bid on the NFL, what reason does it have to justify its high cost to cable and satellite subscribers? What’s more, how in the world do they fill all their hours of programming?

Now, ESPN isn’t alone in terrifying subscriber losses, all channels are being hit by the losses, but ESPN is by far the most expensive cable and satellite channel so it loses much more money than anyone else.

Indeed, every month ESPN is losing more money via subscriber losses than every other sports cable network combined.

Let me illustrate by using FS1.

According to the most recent Nielsen estimates FS1 is in 85.358 million homes. (ESPN is in 88.401 million). FS1 lost 258,000 subscribers last month according to Nielsen. At $1.10 a month, the monthly channel cost for FS1, Fox lost $3.4 million a year in yearly revenue off these lost subscribers. That’s not ideal, but it’s pretty much a rounding error for Fox. ESPN, on the other hand, lost nearly $47 million off its 555,000 in lost subscribers.

So for those of you who always Tweet asking why I focus on ESPN when I write about the looming crisis in cable and satellite television, it’s because ESPN, by far the most expensive cable or satellite channel, has infinitely more to lose than anyone else by the rapid decline in cable and satellite subscribers. (Those same complainers, by the way, won’t read this and they’ll still make the same complaints. Go read my mentions. It’s amazing how many people feel compelled to comment on articles without actually reading the article).

As I wrote last month:

ESPN’s in infinitely worse shape than any other cable network out there too because it makes more than any other channel off the current business model and because those channels don’t have the billions in fixed costs that ESPN does. If CNN makes less money on subscriber revenue, they can spend less on news gathering. If AMC makes less money in subscriber fees, they’ll pay for fewer shows, but ESPN’s entire business is predicated on the billions they owe for sports rights every year into the foreseeable future. ESPN made a bet that exclusive live sports rights would be the moat that protected its castle from all attackers. The problem is this, that moat flooded the castle instead.

Moreover, the sports businesses of Fox, NBC, and CBS are more protected because the vast majority of their best games are all on network TV, which may well return to primacy when it comes to sports. Look at the roster of games that Fox, NBC, and CBS have — virtually all of the top draws air on the main broadcast networks. The NFL’s AFC and NFC packages, the World Series, the Super Bowl, the SEC game of the week, the best college football games in other conferences, Sunday Night Football, the big Olympic events, the U.S. Open, the British Open, and the Masters, all air on “free” TV. ESPN — and Turner — are the only two networks that put their biggest sporting events on cable. (The college football playoff, Monday Night Football, and most of the NBA’s Eastern Conference playoffs air on ESPN, which is how ESPN justifies its massive cable and satellite subscription fees. Turner carries the majority of the NCAA Tournament games on cable as well.)

So what happens if I’m right and the cable and satellite bundle is collapsing?

Couldn’t ESPN go over the top to consumers?

Nope, that violates their currently existing cable and satellite contracts — ESPN promised it wouldn’t do this in order to get the companies to pay them so much money, Plus, it begs the larger question, if ESPN is going over the top to consumers, why wouldn’t the leagues just try this directly themselves? Why do you need ESPN to be the middleman if you can handle distribution as well as they can? What’s more, an over the top ESPN would need to be insanely expensive to justify their fixed costs, $20, $30 or $40 a month just for ESPN alone. As if that weren’t enough, ESPN would be caught in an intractable business problem, one that looks awfully familiar to print newspapers as the Internet rose online. You’d have to run two different businesses — the cable and satellite ESPN, which would continue to lose subscribers, but still bring in most of your money — and the over the top ESPN model, which costs much more and has infinitely fewer subscribers. As you promoted the over the top model then the cable and satellite companies would rebel and ask, “Why are we paying you so much to carry your network as part of our packages? We’re cutting your channel from basic cable so we can lower consumer costs.”

So ESPN would lose all the people giving it money to buy sports rights who never watch sports. At the same time that the vast majority of people were not subscribing to its over the top offering.”

Indeed, based on the rapidity with which these subscriber costs are accelerrating in late 2016, saying that ESPN will begin to lose money in 2021 is probably far too generous.

If the next ten months are like these past two months then ESPN’s subscriber losses would nearly hit my 2019 subscriber forecast in 2017.

What should be even scarier to anyone in sports is this — shouldn’t the fall be the best possible months for ESPN and other sports networks? There are football games in the fall, imagine what these subscriber losses might look like in the spring and summer when there’s no football to watch.

I’m not trying to be alarmist here, but the simple fact is this — I don’t see how ESPN’s business model makes sense at all in the years ahead. And if these present losses in the past two months are the new normal, then ESPN doesn’t even have several years left, the “Worldwide Leader in Sports” is already a dead channel walking. 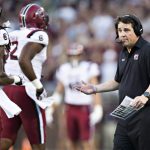