According to 2016 Nielsen data ESPN lost over 1.5 million subscribers from February to the end of May this year. That drops ESPN to 89,465,000 subscriber homes, a precipitous decline from the network’s total number of 2013 subscribers which was over 99 million. Based on these numbers over the past four months ESPN lost an average of 10,400 subscribers a day.

Since every ESPN subscriber is worth roughly $80 a year to the company that means every single day in February, March, April and May ESPN lost over $800k in yearly subscriber revenue. Every. Single. Day. This also means that ESPN has now lost 10 million subscribers in the past 2.5 years. Figuring that each of these subscribers is paying in the neighborhood of $80 a year and we’re talking about ESPN losing revenue of $840 million a year in the past three years. That’s over $2.5 billion the network was expecting that it will never see. Toss in the subscriber losses at ESPN2 and ESPNU and ESPN has lost over a billion dollars a year, three billion total, in revenue over the past three years.

What’s more if these Nielsen numbers are accurate it suggests that cord cutting is accelerating. If ESPN lost subscribers at the same rate all year around this would represent the worst year in company history, a whopping 4.5 million subscribers would leave. (Presumably subscriber loss is seasonal. That is, I’d bet fewer consumers decide to cut the cord in the fall when football season is going on than decide to cut the cord in the summer when the sports programming options dwindle. But these numbers don’t include summer losses yet.)

It’s not just ESPN either, most sports networks are losing subscribers: ESPN2 lost over 1.5 million, FS1 lost 950,000 (though FS2 gained 736,000), NBC Sports Network lost 300k and the NFL Network lost 324k. (The losses to these companies are comparatively small, however because the monthly subscriber fees are much lower. FS1’s decline in subscribers cost the network around $12 million — partially canceled out by an increase in FS2 revenue, NBC Sports Network lost just a million dollars and the NFL Network lost just $5 million. You can see my math here. Of course, the cable bundle is under siege everywhere, not just in sports. (If you’re interested in the total subscriber count for every cable channel, you can go check it out here.) As these subscriber losses continue to grow each quarter it’s certainly fair to ask the question — when will they end? Where’s the bundle floor? Essentially, how many reliable cable and satellite bundle purchasers are there?

This matters for sports fans in a big way because of the fixed costs sports programming commands over the coming decade. ESPN, for instance, has committed exorbitant sums to rights fees: $1.9 billion a year to the NFL for Monday Night Football, $1.47 billion to the NBA, $700 million to Major League Baseball, $608 million for the College Football Playoff, and hundreds of millions more to the SEC, the ACC, the Big 12 and the Pac 12. At an absolute minimum it would appear that ESPN presently pays out nearly $6 billion a year to sports leagues just in rights fees. The money from those rights fees comes from our cable bills. And, significantly, from tens of millions of people who will never watch a single game on ESPN. That’s why I’ve long been arguing that the cable bundle is a great deal if you’re a sports fan.

This means that before it can make a dollar, ESPN has to pay out roughly $6 billion a year to sports leagues. That’s every year for a decade or more. When cable and satellite subscriber numbers were staying constant or continuing to grow — as they were for decades — that was certainly doable, but what happens if those subscriber numbers continue to decline? Right now ESPN has 89 million subscribers. That’s still $7 billion in subscriber revenue a year. What we don’t know is this, what would happen if cord cutting eventually drove that number down to, say, 70 million subscribers? Then ESPN would bring in $5.6 billion and owe the sports leagues six billion a year.

Seventy million subscribers might sound like a steep decline, but at the current rate of subscriber decline ESPN would be in just seventy million homes in five years. And that’s assuming the decline doesn’t accelerate. (Presently ESPN makes around 25% of its overall revenue off advertising. The problem is that advertising would also decline in concert with overall revenues. As ESPN’s reach declines, so does its ad revenue.)

Why doesn’t ESPN just go over the top and go direct to consumers? Well, first its current contracts with cable and satellite companies don’t allow it. And second, right now you can already get the ESPN channels through the web without a cable or satellite subscription, a so called skinny bundle — for around $25 a month. That’s a pretty good deal considering it also includes several other channels, but it’s only sustainable because 89 million people are still subscribing to regular ESPN.

But let’s say that ESPN went over the top. In order to net $6 billion at a $25 a month subscription pass for all ESPN channels, ESPN would need 20 million yearly subscribers all paying $300 a year just for the ESPN channels. Putting that into context, the NFL Sunday Ticket on DirecTV has right at 2 million subscribers. If only two million households are willing to pay roughly $300 for every NFL game — the single most desirable sports programming in the country — would 18 million more people be willing to pay that much for over the top ESPN? That seems highly unlikely. And how many of those same subscribers would be willing to pay year around for ESPN? Most people would just subscribe when their favorite sports were on TV. So the average ESPN over the top subscriber would probably only want the network for four or five months.

So we’re left with a trillion dollar question?

When does cord cutting end and how many cable and satellite subscribers will still be left when it does? And if you’re a sports league you also have to face a stark realization, the TV gravy train is coming to a halt this decade unless you can convine Google, Apple, Facebook, Netflix, or Amazon to climb on board the sports train.

Because the TV sports rights bubble has officially popped. 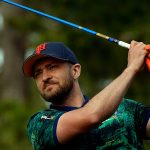 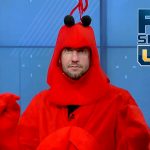