Add it all up and ESPN is bringing in somewhere around $700 million less in subscriber revenue from these channels than it did in 2013. Now this number is partially offset by the SEC Network, which ESPN reports is in 63 million homes, but this is still an alarming trend for the cable industry in general, one that I wrote about back in July.  ESPN is making hundreds of millions of dollars less off its core business in 2015 than it was making in 2013.

And while ESPN has been jettisoning expensive on-air talent of late — and firing hundreds of employees — the problem ESPN faces is that its fixed costs aren’t that adjustable. No matter how much it cuts, thanks to the massive sports rights deals that the network has purchased over the past several years, ESPN has nearly $6 billion a year in guaranteed payment obligations to the professional and college sports leagues. That number doesn’t include, by the way, the potential hundreds of millions of dollars in additional cost per year for the upcoming Big Ten television rights package. Can ESPN afford to bid big dollars for the Big Ten? We’ll see.

As I wrote in July:

“What has ESPN been doing with all this revenue? It’s been buying up sports rights. Since these sports rights are the top ratings driver, the working consensus has been that you can never have too many live sporting events. After all, there are only so many games to go around. If you have them, your competitor can’t. So buying up rights seems like the safest and most conservative way to protect and grow your business. It’s hard to beat ESPN without great live sports programming because most people don’t watch sports channels otherwise. (ESPN’s top original program is “Pardon the Interruption,” which receives around 900,000 viewers a day. That’s a tremendously successful program for sports, but it’s nothing when you consider that HBO’s top program, for instance, “Game of Thrones,” receives twenty million viewers an episode. Put simply, ESPN doesn’t have much original programming that very many people watch other than live sporting events. To be fair, no one does. Sports networks have never developed must watch programming other than the games themselves.)

ESPN has been on a buying spree of late pledging $1.9 billion a year to the NFL for Monday Night Football, $1.47 billion to the NBA, $700 million to Major League baseball, $608 million for the College Football Playoff, and hundreds of millions more to the SEC, the ACC, the Big 12 and the Pac 12. At an absolute minimum it would appear that ESPN presently pays out nearly $6 billion a year to sports leagues just in rights fees. The money from those rights fees comes from our cable bills. And, significantly, from tens of millions of people who will never watch a single game on ESPN.

So before it can make a dollar, ESPN has to pay out roughly $6 billion a year to sports leagues. That’s every year for a decade or more. When cable and satellite subscriber numbers were staying constant or continuing to grow — as they were for decades — that was certainly doable, but what happens if those subscriber numbers start to decline? Right now ESPN has 92 million subscribers. What we don’t know is this, what would happen if cord cutting eventually drove that number down to, say, sixty million subscribers? Then ESPN would bring in $4.75 billion and owe the sports leagues six billion. (Presently ESPN makes around 25% of its overall revenue off advertising. The problem is that advertising would also decline in concert with overall revenues. But those ad sales are predicated on being in nearly 100 million homes. As ESPN’s reach declines, so does its ad revenue.)”

The idea of spending tons of money on sports rights was, in theory, a smart one, it allowed ESPN to build a moat around the ESPN castle. How can you overtake ESPN without good games? Here’s the problem though, what if that moat ends up flooding the castle and drowning the company? That’s what might happen at ESPN over the next five to ten years.

Now that ESPN has officially admitted the loss of seven million subscribers over the past two years, we’re left with the big question that continues to leave executives up late at night — how massive is the potential subscriber loss going to be in the years to come? Are these seven million subscribers the beginning of a cord cutting onslaught or will subscriber losses lessen from this point forward? And here’s the most important question: how many subscribers can ESPN lose before the business is no longer profitable enough to be the engine that drives the Disney bus?

When Outkick wrote an article about its business challenges back in July, ESPN sent a statement that included the following data:  “More than half (54%) tune into ESPN in the average month and almost two-thirds (65%) tune into ESPN over the course of a quarter.”

Eventually isn’t your Aunt Gladys going to realize this?

And for those of you who say that ESPN should go over the top direct to consumers — first, they lack the contractual ability to do so without losing their existing subscribers — second, how many die hard sports fans are there who would pay for ESPN standing alone? Right now you can get the ESPN channels through the web already without a cable or satellite subscription — for around $25 a month. That’s a pretty good deal considering it also includes several other channels, but it’s only sustainable because 92 million people are still subscribing to regular ESPN.

In order to net $6 billion at a $25 a month subscription pass for all ESPN channels, ESPN would need 20 million yearly subscribers all paying $300 a year just for the ESPN channels. Putting that into context, the NFL Sunday Ticket on DirecTV has right at 2 million subscribers. If only two million households are willing to pay around $300 for every NFL game that they can’t get for free on traditional television, would 18 million more be willing to pay that much for over the top ESPN?

For years we’ve been arguing what the value is for sports rights on television. There’s no denying that there’s a huge demand for those games. But what if the amount that cable can pay for those games has been artificially inflated by the fact that nearly half of sports cable subscribers never watch ESPN? Effectively ESPN has been paying for sports with money from people who would never pay for sports themselves. That seems like an untenable business model. What other media company makes $3 billion a year off people who never consume its product? Hell, what other company in America does this? (Insurance doesn’t count since you pay for the potential that you might use the product.)

Disney has now publicly acknowledged it has lost seven million subscribers. What will next year’s filing and the next year look like? Only time will tell. If you’re a sports fan, cord cutting has the potential to change the way you consume sports more than any other event over the next ten years.

(For those who want to point to Fox and NBC and CBS and argue these companies would all be hurt by declining cable subscriptions, that’s true, but to a much less substantial degree. Why? First, they aren’t that expensive compared to ESPN. Here are SNL Kagan’s estimates for the 15 most expensive cable and satellite channels: Note these numbers are now roughly a year old.

Second, many of the top events that Fox, NBC, and CBS carry aren’t on cable. You can watch the NFL’s AFC and NFC packages, golfs U.S. Open and the Masters, the big horse races, the best national soccer matches, the SEC game of the week, the World Series, and many top college football games from the Pac 12, the Big 12, and the Big Ten on traditional over the air broadcasters. Those events are monetized primarily based on advertising dollars, not based on cable subscriber fees. ESPN puts the NBA Finals on ABC, but the college football playoff, Monday Night Football, and many NBA playoff games are on ESPN, not ABC. ESPN’s sports business model is almost entirely predicated on ESPN’s rights fees. Everyone else in sports media is much more balanced.

Cord cutting would affect every media company, but it would impact ESPN the most by a substantial margin.) 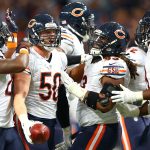 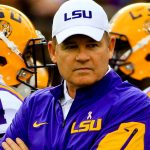