If you live long enough you really do see it all.

Today ESPN put out a press release bragging about their 6 PM SportsCenter ratings as part of a plan to let Stephen A. Smith host SportsCenter during the NBA Finals. Inside that press release ESPN posted a couple of paragraphs that are pretty amazing.

Since I am the most fair and impartial person on the Internet: ratings for the 6 PM SportsCenter have been up substantially since Michael Smith and Jemele Hill were fired off WokeCenter PM. ESPN PR is even promoting this today. pic.twitter.com/ofcBd6z6qB

As you can see ESPN bragged that ratings are up for SportsCenter in March and April so far this year. Why are March and April significant? Because they are the first two complete months since they fired Jemele Hill and Michael Smith off the disastrous WokeCenter 6 PM show.

Honestly, I’ve never seen this before, this is a company publicly dunking on their own employees to point out how much better the show is now that they aren’t on it. I mean, you see this sometimes when an employee leaves — witness ESPN’s arguing First Take is still just as popular without Skip Bayless — but you NEVER see it when the employees are still making millions of dollars at your network.

ESPN just moved the corporate bus out of park and rolled right on over Jemele Hill and Michael Smith. (Probably while both were on Twitter Tweeting that Donald Trump is a white supremacist). And, to top that off, they also did it in a press release announcing a black guy would be hosting the show they used to host. Just completely killing any argument they were being racist sharing these ratings from the WokeCenter police out there.

Gotta say, this is the kind of third level chess move we hardly ever out of ESPN. I’m going to give new ESPN president Jimmy Pitaro credit for this move, well done. Seriously. This is some jujitsu level mind games here. You never expect for your own company to wipe you out from behind. This way ESPN gets to simultaneously brag about their new ratings while crushing the hosts who killed their old ratings. (To be fair, it’s also possible ESPN is just incompetent and didn’t even think about what they were doing here. But I’m trying to be complimentary of the four letter).

And the biggest takeaway here of all? I’m right. WokeCenter is awful for ratings. ESPN itself is now acknowledging that. They replaced WokeCenter PM with regular sports news and the ratings nearly surge by double digits. In other news confirming my thesis WokeCenter AM’s morning ratings for the new disaster show, Get Up!, on ESPN are down 18% in April compared to last year’s much cheaper SportsCenter morning show.

But, man, if I’m Jemele Hill and Michael Smith right now? I am PISSED. Because your network just admitted they made a mistake in promoting you guys in the first place and now they are bragging about how much better things are going since they fired you. 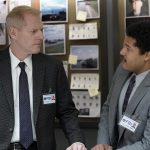 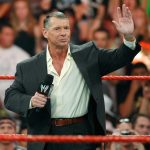