Well, Eli Drinkwitz did not forget about last year’s game in Gainesville. After beating Missouri last season, Dan Mullen showed up to his postgame press conference dressed as Darth Vadar, seemingly playing along with the Halloween theme of the day. It was an embarrassing look for the Florida head coach, but I imagine he was just trying to have a little fun, even though it came off corny and not what you would expect of a head coach. 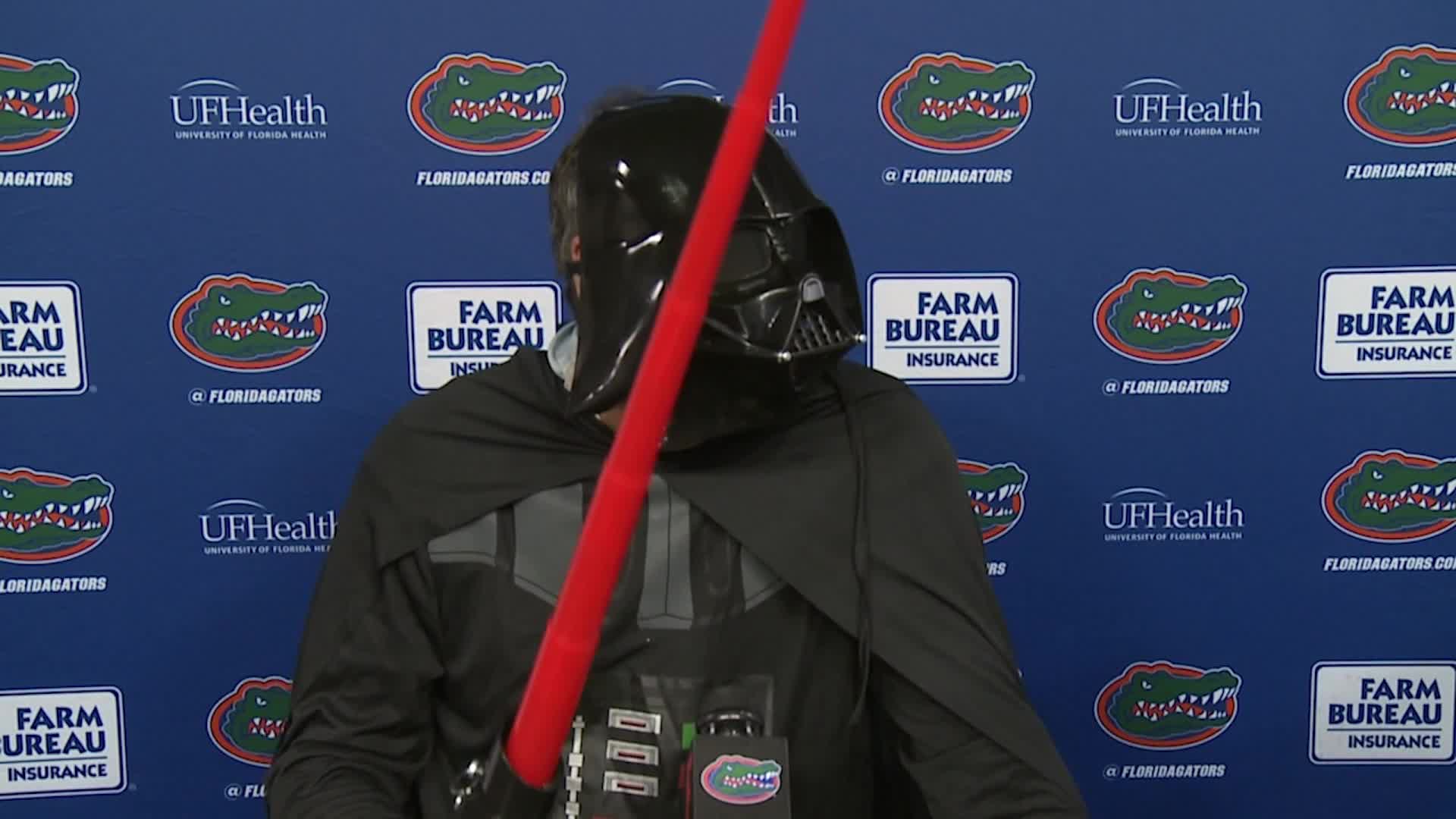 It seems as though Eli Drinkwitz was reminded of that press conference, as he took his chance to troll the Florida coach on Saturday night. As he was wrapping up his media session, the Tigers head coach pulled his hoodie over his head, pulled out a light saber and said “May the force be with you,” putting the final nail into the night’s coffin.

"May the force be with you." pic.twitter.com/cVw9CcvXK0

Looks as if Eli Drinkwitz got the last laugh on Saturday night, though his team did enough for that to happen.