You guys will be proud of me

I watched about five minutes of the NBA this weekend and watched more baseball and NHL playoff hockey than golf, NBA, MLS and WNBA combined. I watched enough of the Yankees to know Aaron Judge is officially an MVP candidate for the Yankees (7-1). Are you guys seeing these home runs? They’re bombs. Even his foul balls sound different.

You guys will also be proud of me for working on my basement project that has been my baby for the last five years or so. For the most part, I’ve been doing the work myself and that means it’s like working on a classic car. I tinker here and there for a few weeks then go back to enjoying summer before the garbage winter weather returns. This weekend it was some final work out outlets and light switches. I’m probably a weekend away from nailing in trim. The good news is after this weekend the kids won’t be shocking themselves if they touch a hot wire in the playroom. All good now.

And the other big news this weekend is that we went and picked out a dog that will be our next pet when she’s ready to go home in a few weeks. We unexpectedly lost our dog just as COVID was hitting in March and there’s been a definite void around here since. It’ll be nice to have a new friend following me around the yard and going for car rides. I’ve missed that life.

Remember to love the person in the mirror ;; film last week with @sklvr

The best day!!!! Thank you to everyone who made this dream engagement party possible and for celebrating us so well. We love you all so much🤍

Friday🧔 Saturday👱‍♂️ @djohnsonpga with a clean shave for the weekend in Memphis.

We loved @RealWilfordB’s work and we’re heartbroken to hear of his passing. We were so honored that he was amused by what we do here. The Line wouldn’t have been worth mentioning if he weren’t so good at making us believe in his characters. He was great, and irreplaceable. ❤️ pic.twitter.com/3ZW3CFn3ni

This is the most believe tweet I have ever seen with Rovell involved. pic.twitter.com/rNFnSc08OE

I had Jerome Walton fever in 1989… pic.twitter.com/3FFPIIQzuh 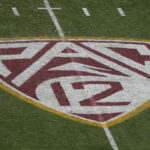 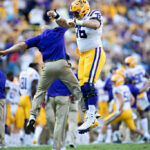