Carson Wentz has been bad. Like, really stinking it up. Now Eagles fans are screaming for a quarterback change

Well, bad news for those with the birds on the brain. No change is coming, said Eagles coach Doug Pederson.

Wentz threw his 15th interception of the season in the Eagles’ 23-17 loss to the Seattle Seahawks on Monday. One came in the red zone, with the Eagles still within striking distance. He now has four more interceptions than anyone else in the league.

Pederson is the coach, so the starting QB decision comes solely from him. Today, he stressed that he is, indeed, the guy who will make it.

“But right now, we’re not doing it,” he told reporters.

Maybe Pederson is right. After all, the Eagles may not have any other options, given how much money Wentz is still owed, as detailed by OutKick’s Clay Travis.

Besides, it’s not like the Eagles are entirely out of it. With a record of 3-7-1, they trail the New York Giants and Washington Football Team by only half a game in the NFC Least.

So, yes, Wentz has been brutal, but so has the rest of the division. He fits right in. And he really has nowhere to go but up. A little improvement may be just enough to show that Pederson’s decision to forego a change was the right one.

That’s a stretch, of course. But what choice do the Eagles have? 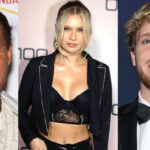 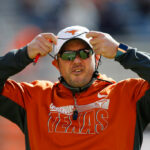