CNN demoted Don Lemon from his two-hour solo primetime show to a new ensemble morning program that no one plans to watch, the network announced this week.

CNN booted Lemon out of the coveted 10 pm hour after drawing around 400,000 viewers a night, an average that consistently trailed “The Big Bake” on the Food Network.

Full disclosure: I watch neither show but, like the others, prefer baking over Lemon.

The network demoted Lemon in part because he’s a liar and new CEO Chris Licht has vowed to restore credibility with viewers. Yet, ironically, Lemon lied to his viewers while addressing his demotion on Thursday.

According to Lemon, and Lemon only, losing a primetime program for a producer-driven morning show for which half of the country is asleep is a promotion.

CNN’s @DonLemon on being demoted from primetime to the AM: “I was not demoted” pic.twitter.com/WgatfCzPLT

Lemon sounds like the guy who got dumped, and copes with his sorrows by telling his buddies that he initiated the break-up. No one believes him, but his loyal friends need not hurt his fragile feelings

For context, morning television is not an upgrade over primetime. Primetime hosts make more money, have more autonomy, and — even at CNN — garner more viewers.

Each of the biggest stars in the history of cable news amassed fame for their role in primetime: Bill O’Reilly, Tucker Carlson, Rachel Maddow, and Megyn Kelly.

Specifically, primetime hosts have about a 15-minute block at the top of the program to delve deep into a topic, uninterrupted. Conversely, morning programs move quickly, and thus the hosts have to pass the baton back and forth.

Lemon will struggle to spread his wacky talking points while sharing a stage with Poppy Harlow, Kaitlan Collins, and the influx of guests.

Moreover, Lemon will fail harder in the morning than he did in the evening.

As I wrote Thursday, morning television is supposed to be welcoming, entertaining, and informative. Lemon is the opposite of all three. He’s off-putting, boring, and indifferent to the facts.

It’s hard to think of a less pleasant face to stare at in the morning than his: 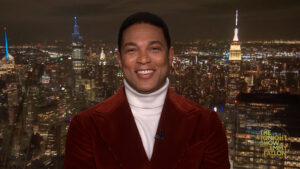 Okay, fine, besides his: 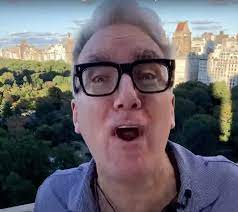 CNN demoted Lemon as part of its woke purge. Staffers inside the building have leaked that Licht plans to shed the weight of the MSNBC wannabes.

Brian Stelter, Jeffrey Toobin, and John Harwood didn’t get a chance to fail in a new role. Lemon does.

Or as he puts it, they didn’t get the “promotion” he did.