Late Friday night — as I finished watching the latest episode of The Mosquito Coast — the internet got wild after Don Lemon announced he was signing off on the final episode of CNN Tonight, the network’s 10 p.m. show that Lemon hosts.

Twitter users interpreted Lemon’s “changes were coming” and “end of an era” comments to mean he was leaving CNN. That caused quite the reaction. Lemon quickly interjected to tweet that he was staying with CNN, but that the show would change on Monday.

As any Rust Cohle wannabe would note in their head: those are details, not a final answer.

With the internet still speculating Saturday, Lemon tweeted that his show would undergo a name change. From CNN Tonight with Don Lemon to Don Lemon Tonight. By the way, I’m surprised any media person would put up with a title on which their name doesn’t appear first.

Speaking to CNN, a network spokesperson confirmed to OutKick that everything on the show is staying the same — the format, style, duration, etc. Only the name is changing. 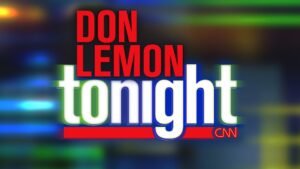 For those who thought Lemon was departing CNN — it’s not happening. I don’t see it happening for a long, long time.

Interestingly, around the media industry, not one single talent at CNN is viewed as its “face of the network.” Instead, that title is shared among Don Lemon, Anderson Cooper, Chris Cuomo, and Jake Tapper.

By contrast, there’s overwhelming agreement that Rachel Maddow is the face of MSNBC, that Tucker Carson is for Fox News, and Stephen A. Smith is ESPN’s. In other words, whatever you think of Lemon — I disagree with 95% of what he says — CNN views him as crucial.

CNN will also launch an Apple-exclusive podcast co-hosted by Lemon and Chris Cuomo later this month.