You won’t have to worry about the Miami Dolphins taking a knee on the field during the national anthem. Dolphins players announced, via a two-minute video, that the team will be ramping up the woke by staying inside their locker room when the NFL goes through its national anthem — the Star-Spangled Banner and the black national anthem — pageantry before games this season.

“If you speak up for change, I’ll shut up and play,” one Dolphins player says during the video. “It’s not enough to act like you care for the troops,” says another. “Enough. No more fluff and empty gestures,” a player said in response to how the NFL has handled the anthem process.

The Dolphins open the 2020 season Sunday in New England against the Patriots at 1 on CBS. Fans will not be allowed to attend the game.

BREAKING NEWS: The@MiamiDolphins players will stay inside for both national anthems. They express their discontentment with what they call “fluff and empty gestures” by the @NFL pic.twitter.com/ghUktHhPt9 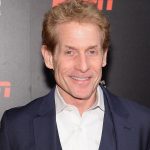